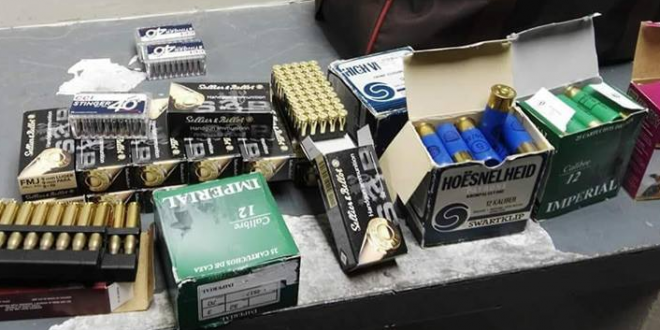 Woman Arrested After Being Found In Possession Of Live Ammunition

A 37-year-old woman has been arrested by the police after she was found in possession of live ammunition.

According to reports, on Tuesday, May 15th, police from Rapid Rail Police Unit Jhb were patrolling around Park station bus terminals in South Africa when they noticed a suspicious looking female carrying luggage.

Police officers stopped and searched her luggage that’s when the discovery was made, the suspect who is reported to come from Malawi – was detained at Jhb Central SAPS.

Previous Buhari Promises To Ensure Stability In West Africa
Next (Video) Help, My Breast Is Killing Me – Woman With Huge Bosom Cries Out