According to Victor Moyo from Ekiti, who shared the story,the man had been roamingthe street of Ikole-Ekiti got over

ten years. After his alleged healing, he was given a bath and haircut and later identified himself as Adekunle

Akomolafe from Akure. The man reportedly demanded to be taken to a church. The evangelists took him to a church

of Ikole-Ekiti in Ikole local

government area of Ekiti state for over ten years was

‘Pastor’ got healed when some members of winners church

were going on street evangelism, they met the mad man

where he was laying beside the

street and he stood up and asked them to pray for him,

one woman among the evangelists prayed for him and

thereafter the mad man said they should barb his hair

for him which they did in the presence of many people

that have gathered to witness what was going on.

After the barbing, his behavior and utterances turned

normal and was apparently feeling ashamed which

signaled that he has regained his mentality, he demanded

that they should take him to the church and he was

taken to the living faith church (Winners) at

of people mobbed the scene to see what has happened.

He gave his name as Adekunle Akomolafe from Akure,

The Head Pastor of the church, Pastor Ikechukwu Okafor

who gave hint of the whole scenario, he said anyone who

tomorrow, he said efforts are been made to get his relations.

As at press time, the healed man was just waking up from

his sleep that lasted for over 45 minutes 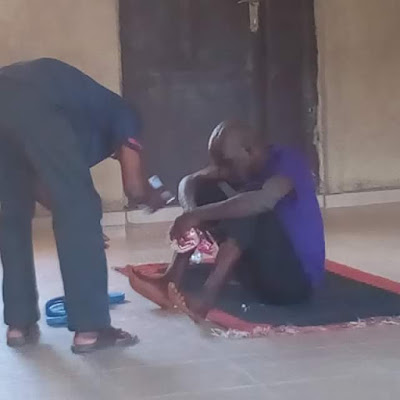 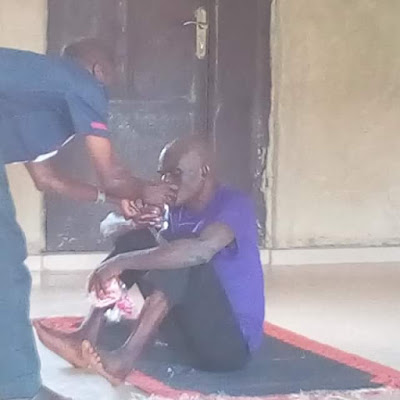 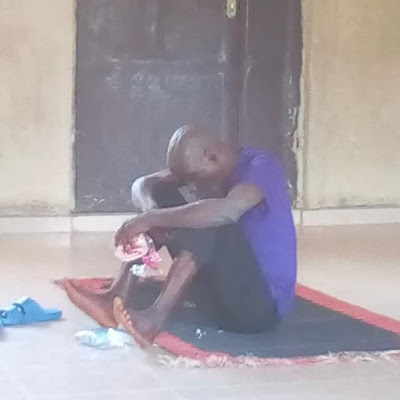 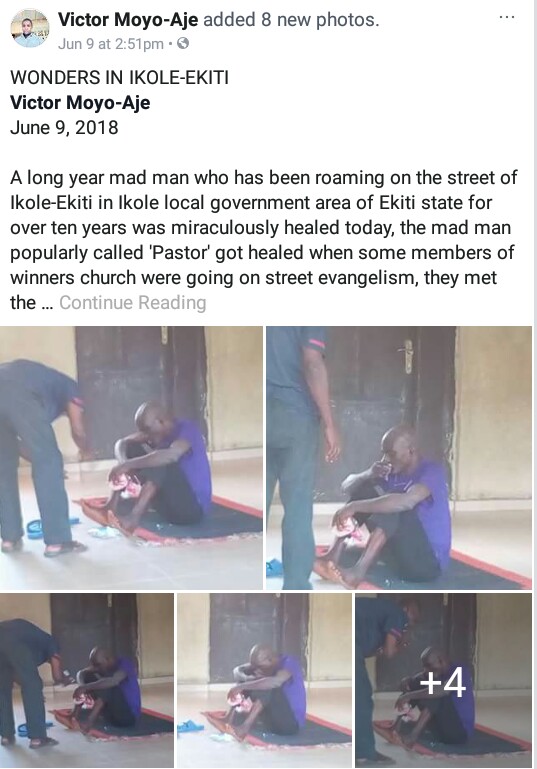 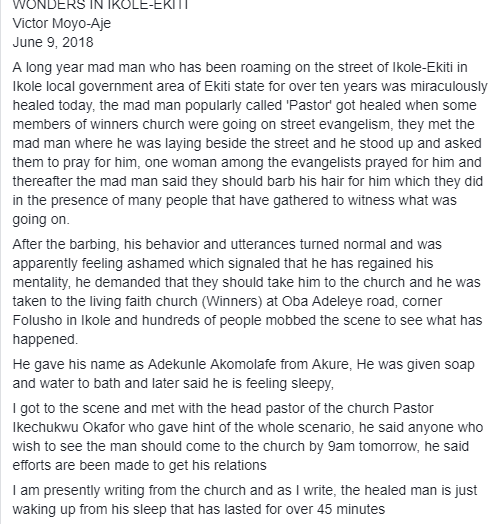 Previous Journalist Humiliated After He Was Caught Pants Down With A Married Woman
Next Ramadan: Possessed Man Slits 4-Yr-Old Daughter’s Throat In Sacrifice To God