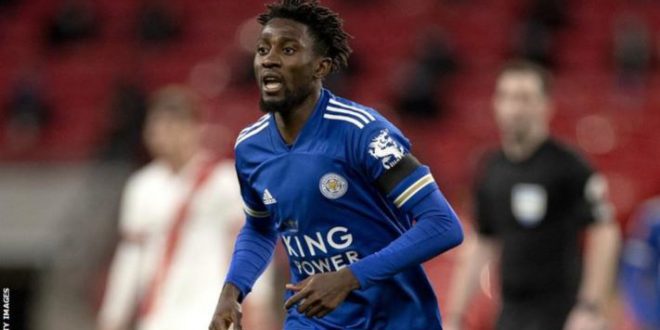 Leicester City and Nigeria’s Wilfred Ndidi says he has always had confidence in himself and was never concerned about the comparison with his predecessor at the club N’Golo Kante.

Since joining Leicester in 2017 the 24-year-old has gradually established himself as one of the best defensive midfielders in Europe.

But that initial development was always against a backdrop of comparison to Chelsea’s Kante, who was an instrumental part of the Foxes’ title-winning team in 2015-16.

“Yes it [comparison] used to irritate me but it’s football and I completely understand the fans because they love to find something to talk about,” Ndidi told BBC Sport Africa.

“Even before and then when I arrived at Leicester I heard it. I only wanted to be Wilfred Ndidi and not someone else.

“I focus on myself, I am always critical of myself, I do my best to improve as a footballer game by game and giving my best for my club.

“The comparison with others, about who is better or if Kante and I play alike, is irrelevant to me. I think all that comparison was for those who love to talk and I didn’t focus on it.

“You’re comfortable when you are yourself and not listening or trying to be something you are not.”

This season he has been credited as a driving force behind Leicester’s push for a top-four place in the Premier League their FA Cup final spot.

The Nigerian is often asked to do a lot of selfless work in his position as he efficiently breaks up play and recovers possession, which allows Leicester’s manager Brendan Rodgers to be ambitious with his team selections.

Not looking for praise 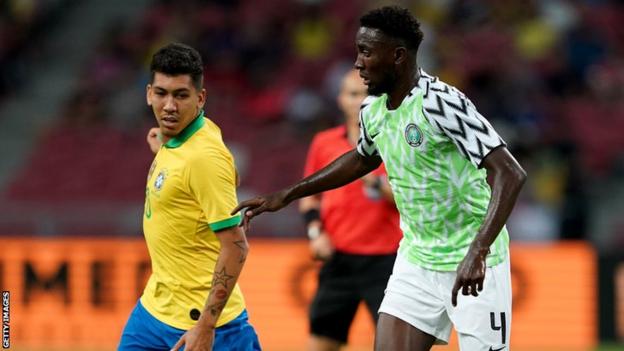 Despite earning regular plaudits for his qualities as the ball-winner in the middle of the park, protecting the defence, and allowing the attacking players to thrive, the former Genk man is not one to seek validation.

“I just love to give my best and when the media talk about it, that’s good for the team,” he said.

“I am not someone chasing personal glory or get distracted because of the praises or criticism, you’ll get both in football anyway.

“My job is helping the team. Doing everything I can to get three points and victory for the club, which is very important.

“I’m grateful for the opportunity to be able to play in the Premier League and chance to enjoy my game at a club like Leicester, where no player is more important than the team.

“I make a contribution like everyone else in the squad and if that helps us to achieve our collective effort, then I am happy to play my part.”

Ndidi has made 140 appearances, scoring seven goals and providing eight assists in the Premier League since joining from Genk for £15m in early 2017.

At international level, he represented Nigeria at under-17 and under-20 level, before making his senior debut in a friendly against DR Congo in October 2015.

Ndidi has since been capped 38 times for his country including three times at the 2018 World Cup in Russia and helped the Super Eagles finish third at the 2019 Africa Cup of Nations in Egypt.

Charles Igbinidu is a Public Relations practitioner in Lagos, Nigeria
@https://twitter.com/ionigeria
Previous Ugandans cheer on Daniel Kaluuya after Oscar win
Next Students of the Federal University of Agriculture Makurdi abducted On Campus