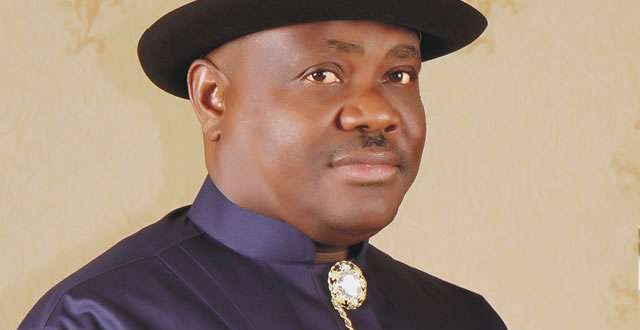 Wike: If You Take Me Away From PDP, I Will Still Perform

Governor Nyesom Wike of Rivers State has said effective leadership is not about political party.

Wike said this at the inauguration of the dualised Ogbunuabali-Eastern Bypass Road that was performed by an All Progressives Congress (APC) Chieftain, Senator Aliyu Wamakko, on Tuesday.

The governor said it is wrong for people to think that leadership is a function of political party, when it is actually about the mindset of the individual.

“Leadership is not about party, leadership is about individual. Party is only a vehicle to actualise your ambition, to be able to tell your people I have this capacity, I have this quality to render services to you. If you take me away today from PDP to another party, I will still perform. So, it is not because I’m in PDP that I’m performing.

Wike stated that his undying love, passion and commitment to render effective service to Rivers people have sufficiently differentiated him from other politicians.

That is why, he asserted, there is a sustained commitment to add value to life, impact change with the infrastructural revolution and make the state better.

Wike said while others had used the economic hardship as excuse not to render leadership and service to their people, he found a more rewarding way to sustain the delivery of projects in Rivers.

Senator Wamakko said any well meaning government should serve to satisfy the yearnings and aspirations of the governed. He noted that as a talk and do governor, Wike has done adequately well for his people.

Wike’s comment comes amid the crisis rocking the Peoples Democratic Party (PDP) and moves to reconcile him with Alhaji Atiku Abubakar, Presidential Candidate of the opposition party.

Wike had contested the presidential ticket of the party but lost to Atiku. He had reportedly shown interest in the Vice-Presidential slot but Ifeanyi Okowa, his Delta counterpart, was chosen.

Charles Igbinidu is a Public Relations practitioner in Lagos, Nigeria
@https://twitter.com/ionigeria
Previous We’ve Arrested Killers Behind Owo Church Attack – General Irabor
Next Ryan Giggs ‘promised me kids & demanded sex all the time – but was dating EIGHT women behind my back’, says ex