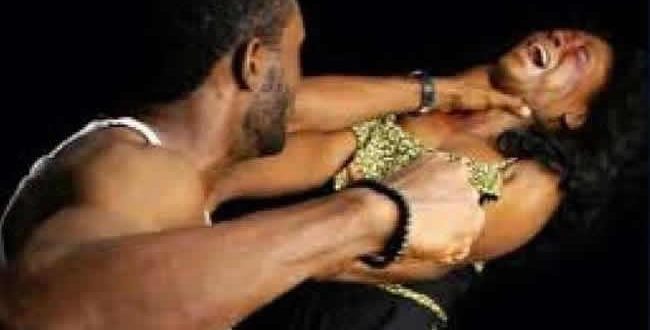 Wife beater stabs co-tenant for rescuing her from his brutality

A 34-year-old trader, Manga Bameye, was on Friday remanded in Kirikiri Prisons after pleading guilty to stabbing his co-tenant who prevented him from further brutalising his (accused) wife, an Ikeja Magistrates’ Court ruled on Friday.

The accused had entered a guilty plea to the charge of causing bodily harm to his co-tenant, Mr. Charles Duse, but pleaded for forgiveness and leniency.

The magistrate, Mrs. Y.O. Ekogbulu, who gave the ruling, said the accused, who resides in Command area of Meiran, a Lagos suburb, should be kept behind bars pending sentencing.

Earlier, the Police prosecutor, Sgt. Adetutu Sanusi, said the accused committed the offence on April 8 at his residence.

She said the accused assaulted his co-tenant, Duse, and also stabbed him with a broken bottle.

The accused stabbed the complainant with a broken bottle in his face.”

Sanusi said the accused’s wife, who was being assaulted by him, had run to the complainant to seek refuge from her husband’s brutality.

“The complainant rescued her and prevented the accused from further beating her, but the accused transferred his aggression to him and stabbed him in the face.

“The case was reported to the Police and the accused was immediately arrested,” she told the court.

The offence contravened Section 245 of the Criminal Law of Lagos State, 2015, which prescribes seven years’ imprisonment for offenders.

The magistrate fixed April 18 for sentence.

Writer, Investigative Journalist, and Social Media Strategist
Previous Two Members Of A Company Arrested For Demanding 3 Million Naira Salary
Next Kachikwu Named One Of The 100 Most Influential Africans Of 2017