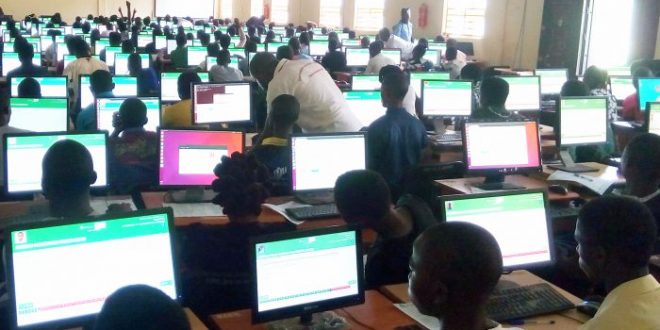 Why 1.2m JAMB candidates may not gain university admission

Last Saturday, the Joint Admissions and Matriculation Board (JAMB) released the much awaited Unified Tertiary Matriculation Exams (UTME) which was written in April this year.

While the action of JAMB in releasing the results may have relaxed some nerves especially parents and candidates who sat for the mandatory entry point exams into any Nigeria tertiary institution, a deeper and careful analysis of the figures indicates that over 1.2 million qualified candidates may not after all gain admission into Nigerian Universities.

What this portrays is, the balance of university admission seekers from the 1,886,508 million that sat for JAMB in April this year will be distributed to the various polytechnic/Monotechnic and colleges of education spread across the country, while some will out rightly remain at home for want of space. This elimination process is aside post-JAMB some universities do require.

Above portrait may seem like a dashed hope to some but it is not completely gloomy, this is where the National Open University of Nigeria (NOUN) steps in to mop up the excesses.

With the amendment and eventual presidential assent of the NOUN act in December last year, graduates of the University can now attend law school and the mandatory youth service which hitherto an exemption certificate from NYSC suffice.

With the evolution and revolutionary overhaul carried out by the Vice-Chancellor Prof Abdalla Uba Adamu, little wonder why both local and foreign universities in Africa are feasting on NOUN course materials to get rich educational nutrients.

Aside posting its study materials online for free download which by the way is a measuring gauge for quality of materials, the University may pass as the only internationally connected university in the country.