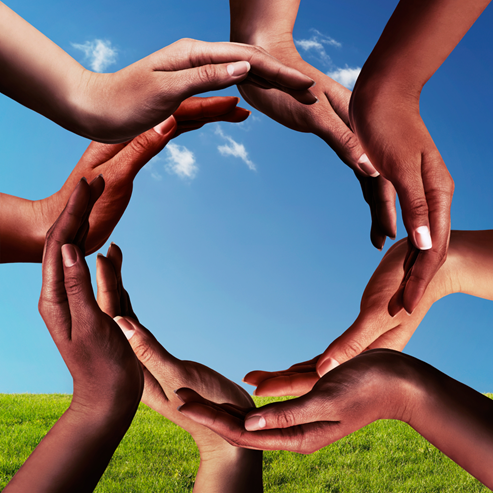 Whatever happened to the spirit of Ubuntu?

Charles Igbinidu May 4, 2016 Travel and Tourism Leave a comment

Africa oh Africa. Africa our motherland; the land of natural beauty and unity. Where everything belonged to everyone and children to the community, all in the spirit of Ubuntu.  ‘Ubuntu’ – an African Bantu word, is a philosophy that reflects the human in us. It gives an understanding of who we are as human beings and how we relate to the rest of the universe.

Humanity, unity, compassion, love, peace and harmony in the African culture are everything that makes this continent so unique. As South Africa’s Archbishop Desmond Tutu passionately speaks of Ubuntu, “My humanity is caught up, is inextricably bound up, in yours. We belong in a bundle of life. We say, “A person is a person through other persons.”

The picture in my mind now is one of a heavenly place on earth. Where we are all connected as one, where we all care for one another and have empathy towards others’ sufferings. Yet, as some of you will agree, this is a farfetched image, one that no longer exists apart from in the bonfire night stories. The spirit of Ubuntu has since left our traditions.  It has been overtaken by greed, selfishness, individualism, hatred, ethnicity and dirty politics. Even as Africa strives to enter the economic semi-periphery or perhaps even the core, the gap between the rich and the poor continues to widen. A 2014 report by Christian Aid and Tax Justice Network-Africa shows that despite buoyant growth rates, there is a broad consensus that progress in human development has been limited given the volume of wealth created.

So then, if the African culture, religion and the general way of living is so inherent in Ubuntu, why is the script so different from what we would all expect? The political conflicts in Africa have become the norm. As a result, the number of refugees and Internally Displaced Persons (IDPs) in Africa continue to increase overwhelmingly. According to the Norwegian Refugee Council, one third of the world’s internally displaced persons live in sub-Saharan Africa. It goes on to state that at the end of 2013, 12.5 million people were displaced within their own countries in this region, an increase of about two million from the previous year.

Where have we gone wrong Africa? Why are children going to bed hungry while their neighbors have more than enough to share? Why do we no longer care who lives next door? Why have we become suspicious of people who genuinely mean well to us? The questions are endless and the truth is we, for reasons I seldom understand, are tearing into pieces the Ubuntu fabric that has for decades held us together. The damage is such that not only are we bearing the burden, but our heritors as well.

But the light can be rekindled before it completely extinguishes. Despite the drawbacks, Africa remains a resilient continent. The envy of many for its amazingly beautiful nature. The smiles of the African people that contagiously leave most of those who encounter Africa yearning to return. The hope is alive to restore that natural beauty not only of our tourist destinations and heritage sites but most importantly, of this spirited fragment of the African renaissance.

I have always known that deep down in every human heart, there is mercy and generosity. No one is born hating another person because of the color of his skin, or his background, or his religion. People must learn to hate, and if they can learn to hate, they can be taught to love, for love comes more naturally to the human heart than the opposite,(Nelson Mandela, 1994: 542).

I too believe it’s not too late to correct the wrongs already done by the past and present generations. If not for us, for the coming generations to once again experience the love, care, gentleness, kindness and unity of Ubuntu, the African Spirit.