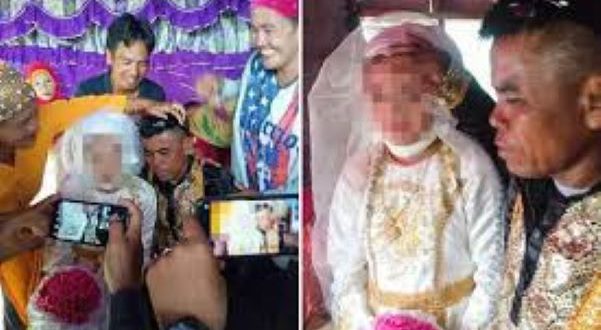 Wedding Hells: Girl, 13, forced to marry man, 48, and she’ll have to care for his kids who are the same age in the Philippines

SICKENING pictures show the moment a 13-year-old girl was forced to marry a 48-year-old man in the Philippines, leaving her to care for his children her own age.

The child bride wore a white traditional gown as she sat beside the groom during the shocking ceremony on October 22.

Asnaira claimed she is “not afraid” of Abdulrzak because he is “nice to her”.

“I am learning how to cook because I’m not good at it now. I want to make my husband happy,” she said.

Three weeks after getting married, Abdulzrak built a small house for the pair to live together.

He works as a farmer while Asnaira carries out household chores and helps take care of Abdulrzak’s children from his other marriages, who are the same age as her.

“I am happy to have found her and spend my days with her taking care of my children,” Abdulzrak said.

The pair said they plan to have children when Asnaira turns 20.

“I will pay for her school because I want her to get an education while waiting for the right time to have children,” Abdulrzak said. 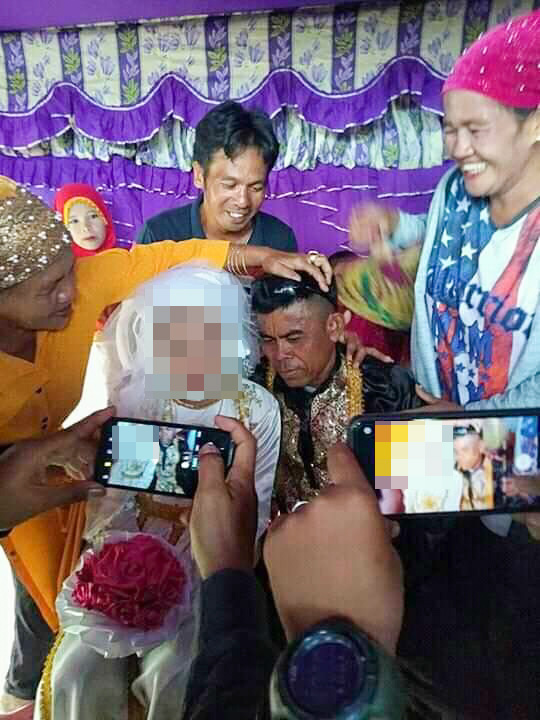 The United Nations defines child marriage as any formal marriage or informal union where one or both parties are under the age of 18.

It says child marriage compromises the development of girls and results in early pregnancy and social isolation.

In some parts of the Philippines, the Muslim Law on Personal Status, based on Sharia law, allows marriage at the onset of puberty for girls.

According to UNICEF data, the Philippines has 726,000 child brides – the 12th-highest total in the world. 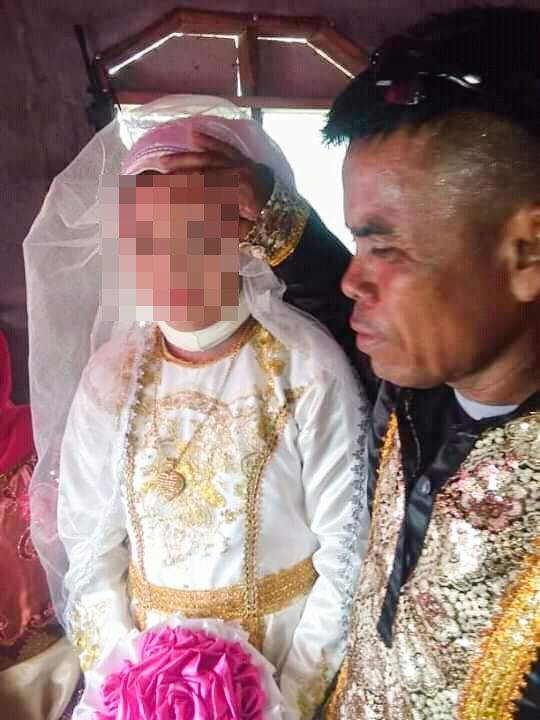 The London-based charity said girls in Armm, Mimaropa and Soccsksargen marry earlier than those in other regions.

The Philippines, predominantly Roman Catholic, is also the only country in the world which does not allow divorce.

The country has committed to eliminating child, early and forced marriage by 2030 in line with the UN’s Sustainable Development Goals.

Charles Igbinidu is a Public Relations practitioner in Lagos, Nigeria
@https://twitter.com/ionigeria
Previous Obama lectures Trump and tells him to ‘think beyond his ego and finally concede to Joe Biden’
Next US developed Moderna COVID-19 vaccine shown to be 94.5% effective and easier to store, according to interim analysis 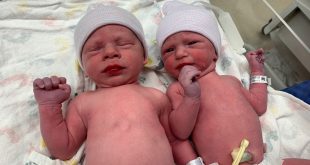