Youths in Benue state today prevented the state governor, Samuel Ortom, from attending an APC reconciliatory meeting, saying they do not want the party in their state.

Recall that last week, Governor Ortom announced that he was in search of a new party as members of the state APC have kicked him out as they are opposed to his second term bid.

APC national chairman, Adams Oshiomole, later came out to state that Ortom’s claims were false and that the governor is still very much in their party.

This morning while on his way of the governormwnt house, the youths under the aegis of Coalition of Benue Youths (CBY), barricaded the entrance and asked him not to attend the meeting. They threatened to vote him out if he attends the meeting.

Governor Ortom had no choice but to turn back into the government house. 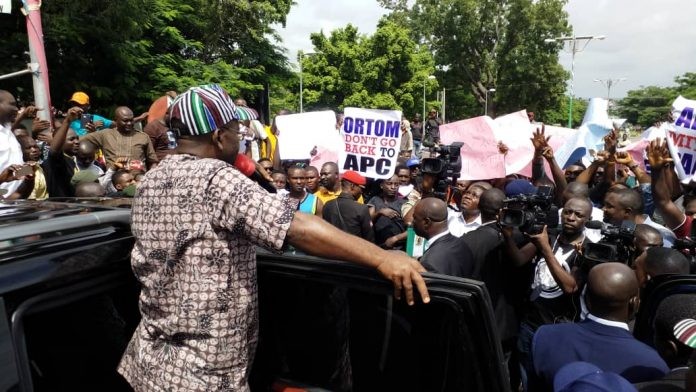 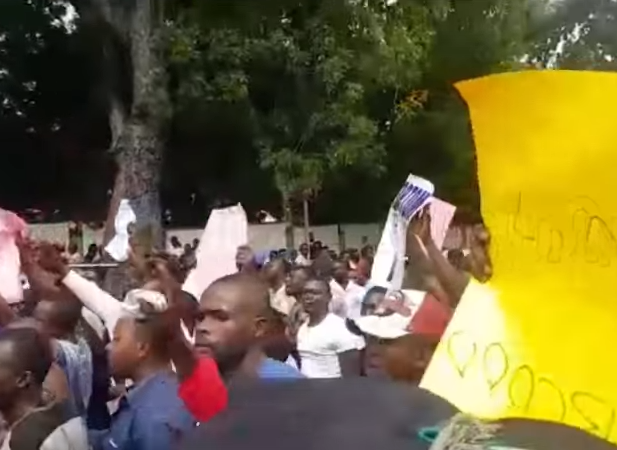 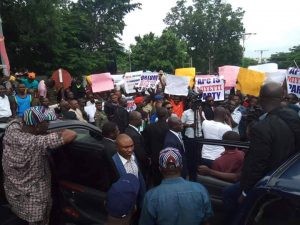 Watch video from the scene below