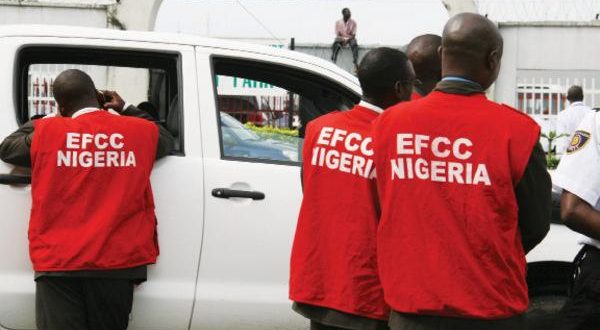 The Economic and Financial Crimes Commission (EFCC) has described as “untrue and evil”, reports in some quarters that its personnel invaded the Abuja residence of Chief Justice of Nigeria (CJN), Justice Walter Onnoghen.

Spokesman of the commission Tony Orilade told the News Agency of Nigeria (NAN) in Abuja on Tuesday that the fake news “ is being spread by evil men and women to get evil results.”

NAN reports that this may be connected to the halting of Onnoghen’s trial by the Federal High Court Abuja on Monday.

The court had asked the Federal Government to put on hold plans to arraign Onnoghen before the Code of Conduct Tribunal (CCT).

The Federal Government had, through the Code of Conduct Bureau (CCB), filed six counts of non-declaration of assets charges against Onnoghen.