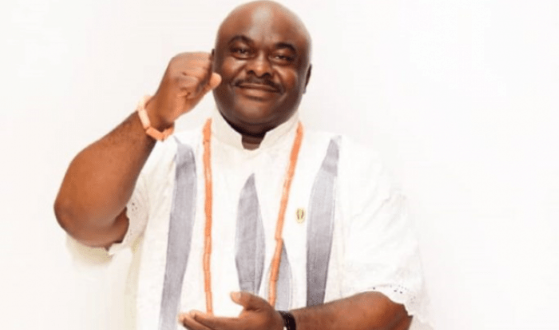 Over twenty-four hours after the story of the arrest of Edo State Commissioner for Arts, Culture and Tourism, Hon. Osaze Osemwingie-Ero broke, the State government is still insisting that it cannot confirm the arrest of the Commissioner.

Asked by a correspondent of ionigeria.com if it is correct to say that Edo State government does not know the whereabouts of Hon. Osaze Osemwingie-Ero.

The Special Adviser to the Edo State Governor on Media and Communication Strategy, Mr Crusoe Osagie said: “This is holiday season. The man’s family lives outside Nigeria. Also, we did not in any way say we do not know his whereabouts in our statement. We only said we cannot confirm the story of arrest making the rounds in the media”.

Continuing, he said, “As more information become available, we will let the people know”.

Reminded by our Corresponsendent that we are in an era of GSM, number roaming and WhatsApp and that anybody could be easily reached in any part of the world and that by now we expected him to have arranged a conference call between the Commissioner  and some media practitioners.

Crusoe Osagie retorted: “The story broke about 24hours ago. We don’t know what the truth is. We can’t inform people based on speculation. Until we get information from the Interpol or his family, we can’t make any categorical statement”.

On Monday, rumours started circulating on social media that Operatives of Interpol apprehended the Commissioner in France for suspected money laundering of two million Dollars.

But Crusoe Osagie on behalf of Edo State government issued a statement saying , “We learnt about the alleged arrest of the Arts, Culture, Tourism and Diaspora Commissioner, Osaze Osemwingie-Ero, from unreliable sources on social media and we are unable to confirm either the alleged arrest or what might have led to it”.

“But we can confirm without equivocation that whatever the issues might be, they are totally personal and have nothing whatsoever to do with the Edo State Government or Governor Godwin Obaseki.”

Charles Igbinidu is a Public Relations practitioner in Lagos, Nigeria
@https://twitter.com/ionigeria
Previous CRISTIANO Ronaldo dazzled onlookers as he wore £630k worth of jewelry on one hand in Dubai.
Next Akpata Descendants launch Book on Akpata Family Tree