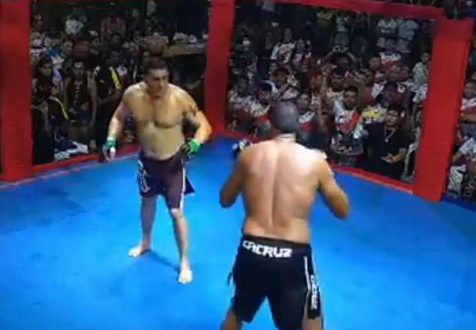 A Brazilian mayor decided to try and settle his political differences with a councillor through an MMA fight – and was pronounced the winner despite being taken down.

Simao Peixoto, 39, mayor of the city of Borba in the northwestern Brazilian state of Amazonas, stepped into the ring to tackle his disagreement with former councillor Erineu Alvas Da Silva, 45, also known as Mirico, on Sunday.

Mr Peixoto entered the ring at around 2.30 am carrying a towel stamped with the name ‘Jesus’ before approaching his rival.

Footage of the 13-minute fight, which was live-streamed by Mr Peixoto’s team, shows the two men sparring as the roaring live crowd cheers on from the sides.

Mayor fights a councillor in an MMA fight to settle differences 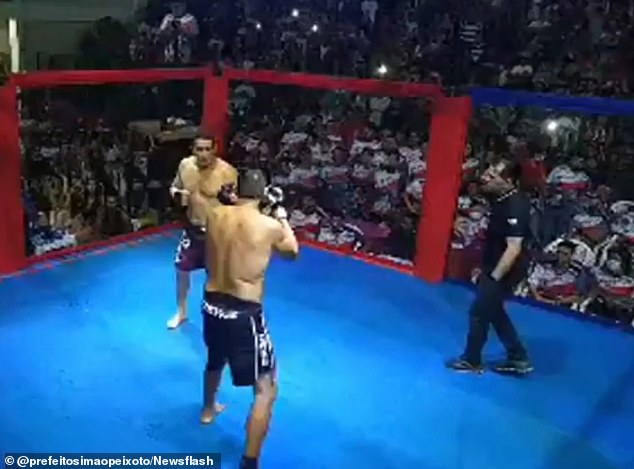 Simao Peixoto, mayor of the city of Borba in the northwestern Brazilian state of Amazonas, stepped into the ring to tackle his disagreement

The political rivals can be seen running around the ring as they try to land a hit on each other and a referee watches.

The mayor emerged victorious after three rounds although Mirico stunned at the beginning with a flurry of impressive low kicks.

The brawl reportedly kicked off after Da Silva criticised the mayor’s management of Balneário Lima, a water park in the city, and demanded a fight in a video posted online this September, according to local news site BNC.

Peixoto responded with his own video accepting the challenge, facing the camera with a stoic face and fists at the ready.

On his Facebook page he wrote: ‘I’m not a street fighter … I’m the mayor of the municipality of Borba.

‘But if he really wants to fight … we’re ready to fight … I’ve always been a winner.’ 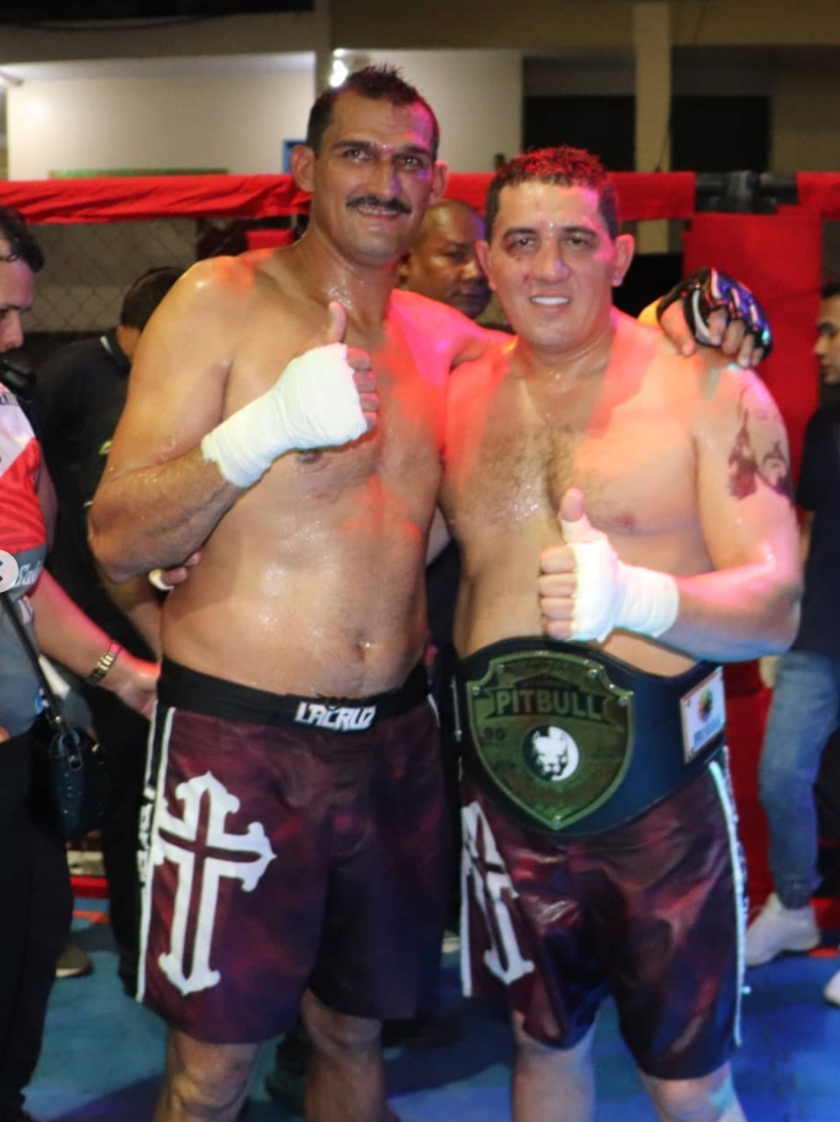 The mayor then shared yet another clip of him preparing for the fight, showing off a series of high kicks and punches.

Local media reported that tickets for the fight were selling for R$100.

At the end of the fight Mr Peixoto reportedly said that he had accepted the ‘challenge’ from his main rival so as to encourage people to take up sports in the city.

However spectators in the crowd reportedly shouted ‘stitch up’ following the result, according to Fato Amazônico.

Charles Igbinidu is a Public Relations practitioner in Lagos, Nigeria
@https://twitter.com/ionigeria
Previous Yusuf Buhari to be turbaned as Talban Daura on Saturday to reciprocate the good things his father has done – Emir of Daura
Next Cristiano Ronaldo and pregnant girlfriend reveal they are expecting twins – a boy and a girl