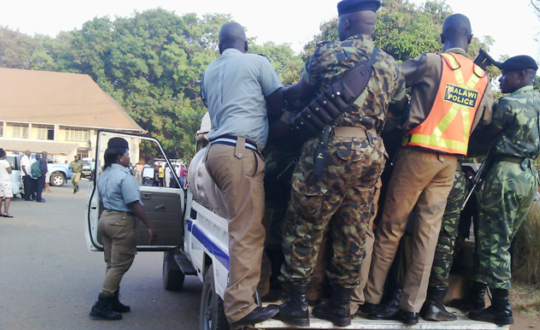 Police at Chileka station in Blantyre, Malawi have arrested a 53-year-old man for concealing his ex-wife’s private parts through magic in an effort to bar her and her current husband from having sex.

Chileka Police spokesperson Stella Nkandala, who confirmed the incident said the suspect, Samuel Mayinga of Malunga Village, Traditional Authority (T.A) Machinjiri, Blantyre, was arrested last Wednesday and has been charged with conduct likely to cause breach of peace.

“Mayinga and his wife divorced in 1997 and the woman got married again. Mayinga has of late been pleading with the woman to take him back but she has been refusing. Then Mayinga approached a witch doctor who gave him a concoction that made it impossible for the woman and her new husband to ‘sleep’ together,”said Nkandala.

“Whenever the two wanted to have sex, the woman’s private parts would go missing. This went on for a month, prompting the woman to report the matter to Police, who cautioned Mayinga to reverse his concoction.

“But nothing changed, so Police arrested Mayinga who on Friday pleaded guilty in court. He said he did that because he was jealous. He also said the witch doctor who made him the concoction has since died,” said Nkandala.

The police publicist added that on Saturday, the suspect in the company of the Police, went to a bush near his village where he cut roots of almost six trees which, he confessed that his ex-wife should put in water and drink for three days to reverse her situation.

The Police gave the herbs to the woman who is today expected to report back on the outcome.