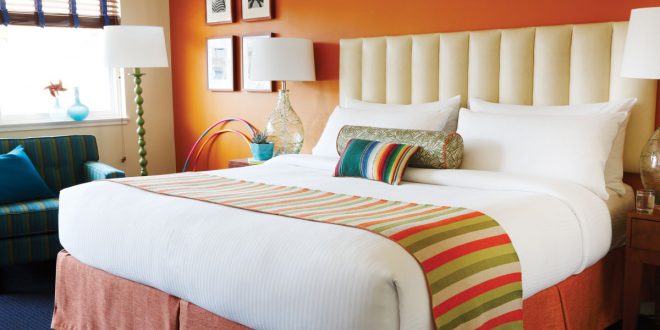 Voice Search And Its Impact On The Hospitality Industry

In years past, there was a dominant form of agricultural practice – sharecropping. A landlord would rent out his land, and farmers would rent it and pay in harvested crops. There was usually no other way for the farmer to get land, so the landlord was king!

Today, decades later, the king and farmer are still tied in a forced romance, only today, we call the king Google, and the farmers – brands in the hospitality sector.

Save for a few like AirBnB that have managed to create a very strong brand name, most of the players in hospitality rely on search for most of their traffic. Users are more likely to search for say, hotels or flight listings on Google than go directly to sites like Russia’s Ostrovok.ru or Nigeria’s Hotels.ng.

The hospitality industry’s heavy reliance on search engines makes them susceptible to new search trends and major changes in search algorithms thereby affecting traffic to their site, and ultimately, revenue.

Currently, voice search is one of the two major trends in search mostly driven by the mobile device that players in hospitality must optimise for – the other being local search. These trends have the potential to create new opportunities as well as punish brands that do not acknowledge them fast enough.

Continued growth in mobile and its impact on SEO

The growth of the mobile device, while less ascendant remains significant. In countries like India and Pakistan, the growth numbers stay high as a large percentage of the population adopt the internet for the first time.

To tap into new markets that the mobile device’s ubiquity allows, brands must optimise for users that interact with the web primarily through mobile devices and that don’t necessarily have great internet speeds.

Google has also continuously made requests for lightweight mobile pages that load fast and can be cached on their servers easily so as to create better mobile experiences for users. Compliant sites are said to have Accelerated Mobile Pages, AMPs. It is expected that soon, AMPs contribute to Google’s ranking factors. AMP will then be an SEO factor that serves brands on two fronts – better mobile experiences, and higher rankings on search engine result pages.

More than ever, users are making search queries online using their voices. It’s easy, fast, convenient, increasingly reliable, and allows for hands-free interaction with smart devices. It’s a trend that has seen more growth in younger demographics, and one that is led by an aggressive battle by tech giants for our voice. The battle for our eyeballs seems to be nearing saturation as the mobile devices and desktops seem to have evolved to a possible final form. OK Google, Cortana, Alexa and several other voice assistants have made voice as a search interface a big trend that must be reckoned with, and optimised for.

Users interact differently with search engines with their voices than they do with text queries. With voice, search queries become more natural, longer, and conversational. Think about it, if you were speaking to your phone, how would you make a search query? “Cheapest between Continental Suites and Cheers Hotel” or “Which hotel has the cheapest rates between Grandluxe or Orchard Hotel”? My guess is that it’ll be something closer to the latter.

Users are also increasingly becoming aware of how sophisticated new Voice AIs are, and are as a result expecting smarter and accurate responses. This changes search dynamics for brands in hospitality and requires improved SEO solutions.

To satisfy this trend, content on websites must be optimised to follow a conversational tone, to offer responses to anticipated queries, and to optimise for longer keywords that voice searches are typically characterised by.

A simple and easily implementable optimisation task to start with would be the creation of FAQ sections on important web pages that ask questions users would ask and in the language that they would use while providing useful information that satisfy the queries.

A possible, and purely anticipatory outcome of continued dominance of mobile and voice searches is the voice schema markup. In addition to images and texts that describe the content on web pages online, voice recordings that describe a page’s content may be included in every page’s meta files, offering a feedback from search engines to the user whose interactive interface with the engine is his voice.

Voice searches also give rise to local searches – searches that have geographical confines. An example would be “show me restaurants near me”. Optimisations for local searches is another ball game that can be assessed in respectable detail in this guide.

Voice search opens a box of new possibilities such as rise in local searches for the major players in the hospitality sector. It’s interesting to anticipate the outcome of this phenomenon and see how it tilts the dynamics of the hospitality brands – Google romance.

Short bio: A wanderer who is fascinated by the intersection of travel and technology.