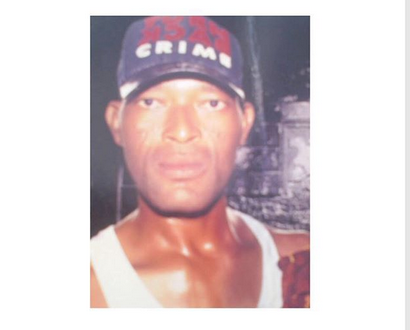 Busari Rukayat, 23, has narrated  how she was raped by a suspected land grabber in Ajegunle/Malato, Itaoluwo, Ikorodu, Lagos State.
The seamstress, who is critically ill and receiving treatment in a private hospital, said the rape occurred about a fortnight ago, at about 2pm, on her way from a Sunday service.

Rukayat said the suspect, Ade Ikudaisi, popularly called ‘Omo Iya Pupa’, was seated in front of his house as she passed by and that when she greeted him, he stretched his hand for a handshake after which she requested to send her on an errand.

The victim said she paused to listen to Ikudayisi only for the suspect to drag her into his room and charmed her. Rukuyat stated that the suspect ordered her to undress after which he allegedly placed a traditional sash on her shoulder and a silver bead round her neck.

She claimed to have been forced to step on some cowries and Ikudayisi allegedly murmured incantations on two kolanuts which he inserted into her female organ. As this was going on, her shouts for help yielded no result as nobody came to her rescue while Ikudayisi also covered her mouth with a cloth.

The victim said she pleaded for mercy but quoted the suspect as insisting that what he required was a virgin. She said, “He threatened that I will bleed to death if I dared to expose him. I kept this to myself for days until I was struck with a strange ailment which compelled me to open up to my parents”.

On hearing her story, the parents reported the incident at the Sagamu Road Police Station where officers were assigned to the alleged scene of crime for investigation.

But on getting to the scene, that the policemen requested that the suspect should follow them to their station but he excused himself to dress up and ready his car to drive everybody to the station only for him to escape through a back door. It was learnt that all efforts to trace him proved abortive.

Previous Muslim Group Asks CAN To Register As A Political Party And Contest In 2019
Next DSS to Buhari: Foreigners Employed To kill In Benue, Others