Home / Uncategorized / VIDEO: Watch vicious Mike Tyson almost knock out his OWN trainer as he shows off brutal power and speed in training 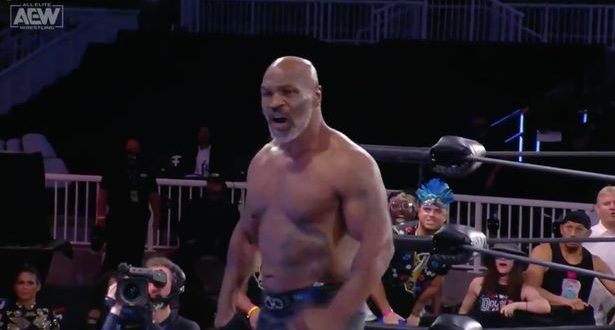 VIDEO: Watch vicious Mike Tyson almost knock out his OWN trainer as he shows off brutal power and speed in training

MIKE TYSON showed his devastating power and speed in training – by nearly taking his trainer’s head off.

The heavyweight legend steps back into the ring on November 28 to face Roy Jones Jr in an exhibition contest.

Rafael Cordeiro has been overseeing Tyson’s preparations for the fight and was almost put in a coma for his troubles.

On more than one occasion, Tyson, 54, takes a swipe near Cordeiro’s head – earning a stern look from his coach.

Cordeiro is no stranger to facing a barrage of blows, from his fighting days as Brazil’s Muay Thai champion with an MMA record of four wins and two defeats.

And fans were left fearing for the safety of Jones Jr, 51, in the upcoming bout.

Adrien wrote online: “Tyson still almost annihilating his trainers In his 50’s lmao. This better be for charity and Tyson doesn’t let his full power fly, or we might be needing a body bag for my boy Roy.” 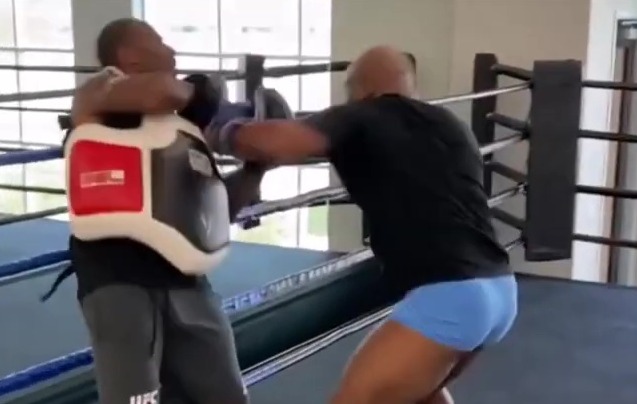 Mikey commented: “Rafael Cordeiro almost got his head taken off!!!”

While David pondered: “Damn I think Roy should think this over.”

Officially speaking, California State Commission rules state that both fighters will not look for the knockout in November, instead “exhibiting” their skills.

But there are fears that the comeback fight could become a more feisty affair.

Danny Williams, who conquered an out-of-sorts Tyson back in 2004, fears the Brooklyn-born brawler will be keen to get physical.

He said: “I think Roy is going to get seriously hurt. He is a natural middleweight.”

Charles Igbinidu is a Public Relations practitioner in Lagos, Nigeria
@https://twitter.com/ionigeria
Previous Petition for  UK and  EU to place a travel ban on Governor Nasir El-Rufai garners over 9000 signatories
Next Nigeria to celebrate 60th independence anniversary for a year, Buhari unveils logo