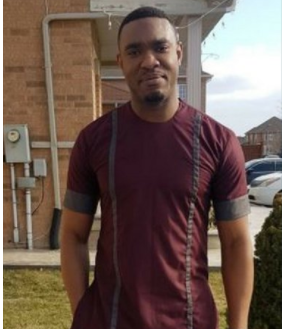 A 26-year-old Nigerian man engaged to be married, was gunned down in Canada in what Toronto police are calling a random attack.

Nnamdi Ogba was visiting a neighbourhodd in Etobicoke, Ontario, Canada when two men from another neigborhood decided to carry out a retaliatory attack on said neighborhood and he was sadly killed as he was leaving a building, heading towards his car at the time of the attack.

Nnamdi, an electrical engineer, was visiting friends in Etobicoke when he was fatally shot in the back several times on Scarlettwood Court, near Scarlett Road and Lawrence Avenue West, on Friday shortly after 11:00 pm. Officers found him without vital signs lying on the ground and Toronto paramedics pronounced him dead at the scene. 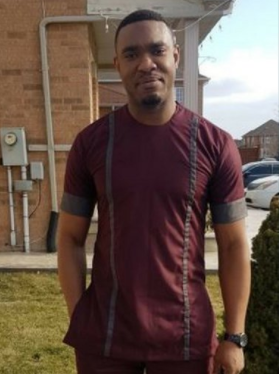 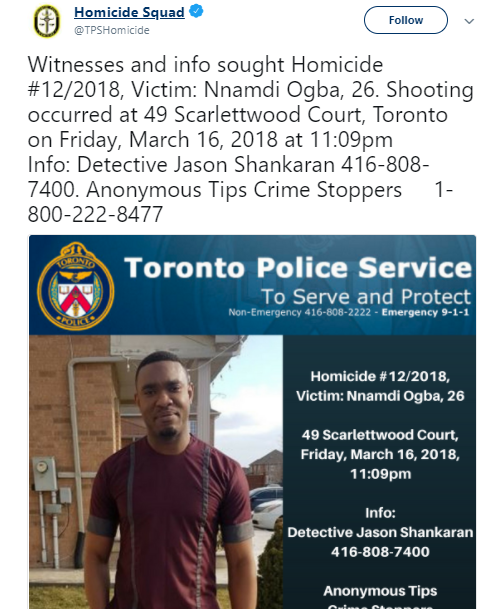 Police say Nnamdi never saw his attackers who approached from behind. Investigators believe that the 26-year-old was an innocent casualty in a retaliation against the Scarlettwood Ct. neighbourhood as a whole, a neighbourhood Nnamdi didn’t even live in.

Det. Jason Shankaran, of Toronto police’s homicide squad said Ogba, who did not have a criminal record or any known gang affiliations, did not know his killers and they, in turn, did not have any interaction with Ogba before ambushing him from behind. The detective described the killing as cowardly.

Shankaran said: “The only thing that led to his death was simply walking out of that building at that particular time and place. Nnamdi was an innocent man.”

Toronto police have released security camera video and photos of two suspects in the murder of the innocent man who was killed while walking to his parked car on Friday night. After killing him, his killers fled on foot from the scene and jumped in the SUV, which was waiting for them in the Scarlettwood Court community housing complex area. 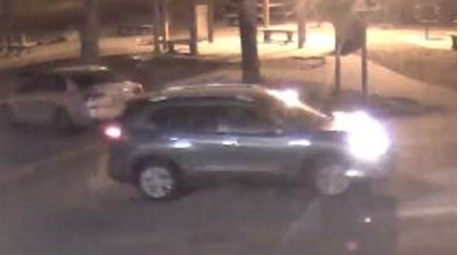 Shankaran said police are hoping members of the public who see the images can help detectives to identify the two men responsible for the shooting. 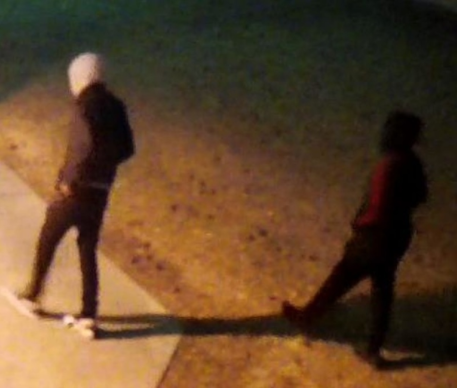 “I think these suspects are going to be very familiar to those that know them. And I ask that you look into your heart at this particular situation. The situation is not one gang member shooting another. It’s an innocent man being gunned down walking to his car going to see his fiancee,” he said.

“In this instance, Mr. Ogba did nothing to bring this onto himself. The evidence that we have in front of us tells that Mr. Ogba’s lifestyle, his activities, anything he did prior to, did not lead to this particular incident. The only thing that led to his death was simply walking out of that building at that particular time and place and having these two individuals meet with him in that particular parking lot.”

Speaking on her son’s death, Mrs Margaret Nwosu said she has cried all the tears she can and now she wants justice for her eldest son.

“They took away my heart… Who do they think they are taking an innocent life? I hope… my face haunts them for the rest of their lives,” Margaret Nwosu said on Tuesday as she spoke about the two suspects police say they are searching for in connection to Ogba’s death.

Nwsou said she learned of her son’s death on Saturday morning when two detectives came to the home she shares with Ogba’s step father Sylva Okezie. She added that her son was a quiet and honest man. 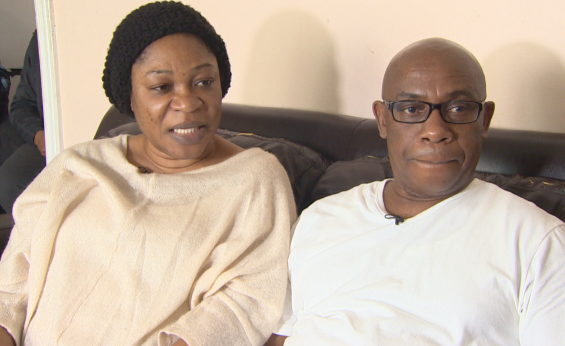 “He never fights. He was very gentle. He’s willing to give you anything that he had. You just ask him for anything, he’s there,” Margaret Nwsou told CBC Toronto. “He never hurts a fly, very quiet, easy going. He’s somebody that who you just see walking on the street, and you see him, you want to know him.”

His stepfather, Sylva Okezie, told Global News: “He didn’t talk much, Nnamdi was quiet, but he had heart. If you needed something, he was there.”

In his spare time, his family said Ogba could be found with his fiancée, who he planned to marry this year, or on the field playing soccer.

Watch video from the scene of the attack below.