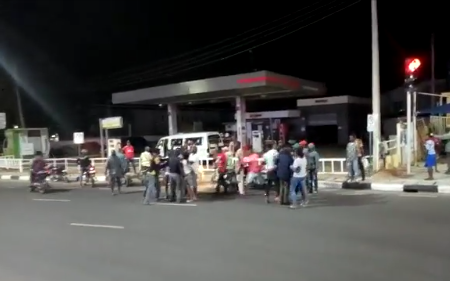 There was pandemonium in a hotel in Ado Ekiti, Ekiti state capital between a man and a commercial sex worker.

According to a publicist and political critic, Sunday who posted the video of the fracas between both parties, The man allegedly slept with the lady, refused to pay her the agreed fee but allegedly stole her money instead.

According to the online report, the lady later invaded the hotel with her friends and the fracas recorded in video below ensued.

It took efforts from policemen at the hotel to calm the situation.

Further details were not given as to whether the prostitute was settled.