A Nigerian man allegedly ran mad yesterday and began confessing to rituals while visiting a beach in Lomé, Togo.

In a viral video shared online, the man is seen with his hands tied behind him. He can be heard speaking in Igbo to a friend named Kenneth.

He asked Kenneth to retrieve his ATM card from his pocket and use it in withdrawing money from an ATM while expressing fears he will be mobbed. 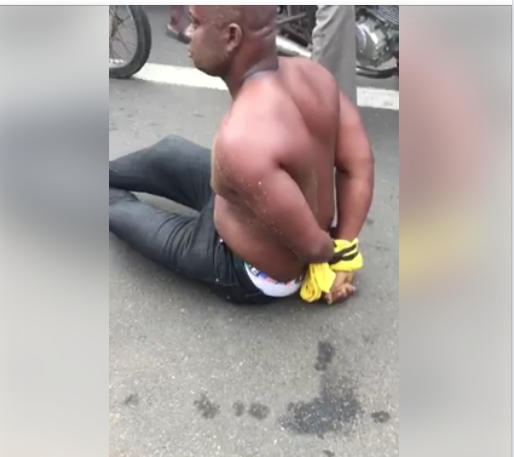 As a crowd gathered, the man is heard in the video confessing to engaging in money rituals. At some point, he asks his friend Kenneth to kiss him because two of them are one.

He also tried to show the ring he allegedly used for the money rituals which he said was in his pocket.