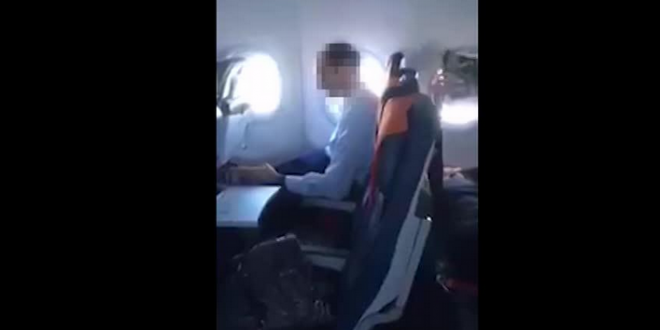 A man appeared to have been filmed while pleasuring himself under a blanket while sitting in his seat on a flight.

The bemused passenger can be heard laughing throughout the 39-second video as he catches the unmistakable hand movements from the row behind.

The man appeared to be smartly dressed wearing a business suit as he sat in the empty row on the plane reportedly travelling from Brazil in February.