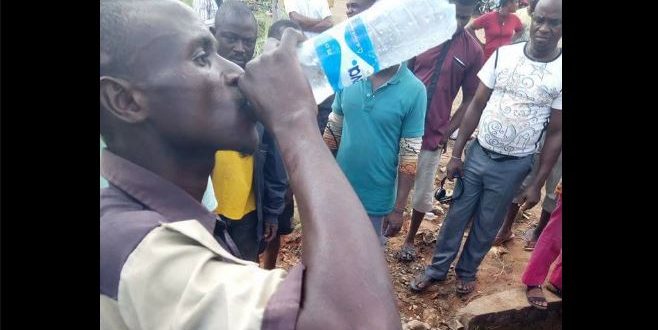 Vendor Who Uses His Urine To Wash Cucumbers Caught In Owerri

Shocking news reaching us indicate that a roadside cucumber vendor was caught in Owerri using his urine to wash the cucmbers he displayed for sale to unsuspecting members of the public.

The incident which happened during broad day light in the capital of Imo State Nigeria recently came as a fright especially to eye witnesses and those who have patronized him in the past.

An eye witness who spoke with newsmen said the vendor was caught by an eagle-eyed man who noticed him urinating in a bottle and out of curiosity monitored him until he was seen using the liquid to wash his cucumbers. 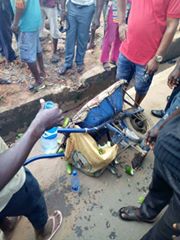 Following the shocking discovery, the man raised an alarm which led to the apprehension of the vendor.

Upon interrogation, the vendor was said to have confessed that the ritual helps him get customers adding that it has no harmful effect on those that eat it.

Another eyewitness, Barrister Onwukaike Paschal, said the vendor was forced to eat the contaminated cucumbers himself and drink the remaining urine in his bottle.