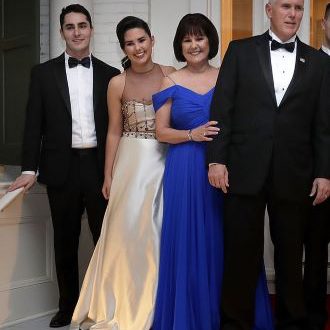 Audrey Pence, 26, tied the knot to Daniel Tomanelli, 25, on the steps outside the Moultrie Courthouse in Washington on November 1 with 12 guests present. Pictured: Vice President Mike Pence with wife Karen Pence and their daughter Audrey in January

Vice President Mike Pence‘s daughter Audrey has married in a ‘self-uniting style’ ceremony to a man who survived a plane crash that tragically killed his father.

Audrey Pence, 26, tied the knot to Daniel Tomanelli, 25, on the steps outside the Moultrie Courthouse in Washington on November 1 with 12 guests present.

The youngest child of the Vice President and Second Lady, Karen Pence, shared a black-and-white picture of the newlyweds to her Instagram as they shared a kiss.

She penned: ‘Thank you to these two beautiful families for joyfully coming alongside us when we decided to throw together a courthouse ceremony in 10 days. We are truly blessed.’

She first met Daniel, a policy adviser in the office of the deputy assistant secretary of the Air Force at the Pentagon, in July 2015 during a study abroad program in the Balkans run through Northeastern University, Boston.

Audrey, an associate at Covington & Burling, described how she was at ‘ease’ with Daniel from the start and felt like they had been ‘best friends for years’, according to The New York Times. 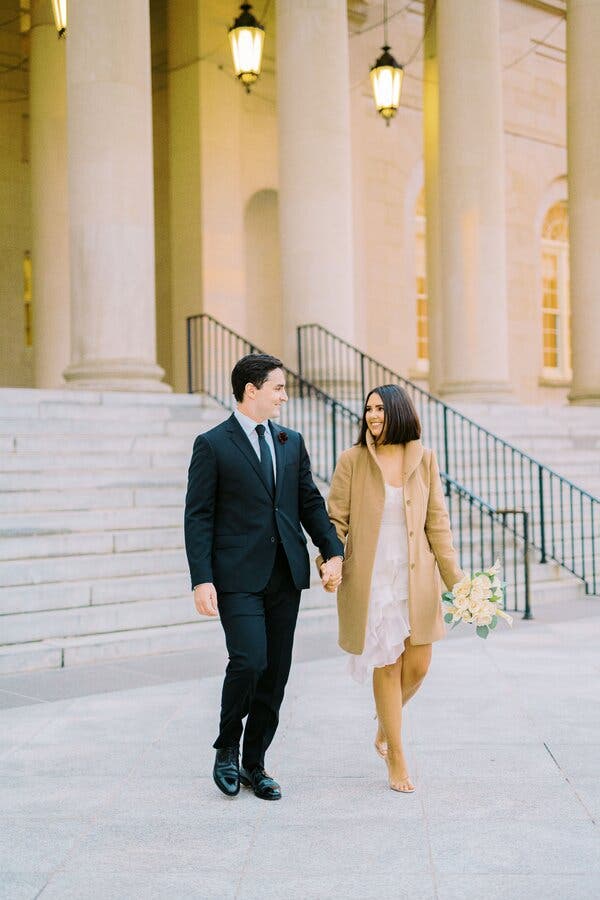 The international affairs graduates got engaged in February 2019 in Cape Cod, Massachusetts, and were set to say their vows in Kauai, Hawaii, in front of 80 guests in May, until coronavirus halted their plans.

The couple had a self-uniting ceremony where there is no third party to officiate the wedding. The non-denominational style is also known as a ‘Quaker marriage’.

Pence led the exchange of vows and Audrey told how the couple plan to have a larger ceremony in Hawaii next year.

The H. Carl Moultrie Courthouse in Washington is named after the former Chief Judge H. Carl Moultrie. He was appointed in June 1978 and remained in the position until he died in April 1986.

The seven-storey limestone courthouse was built in 1976 and houses the Superior Court of the District of Columbia.

In April 2017 Daniel was involved in a plane crash with his father Dr Joseph Tomanelli, 56, who died in the tragic accident.

The father and son were piloting the plane together while Dr Tomanelli practised takeoffs and landings at the Meriden Markham Municipal Airport in Meriden, Connecticut, according to My Record Journal.

The plane veered into a fence and caught fire. Daniel was pulled from the plane and was treated in hospital for his injuries. Dr Tomanelli, who had a medical career spanning 27 years, died. 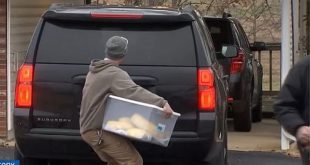