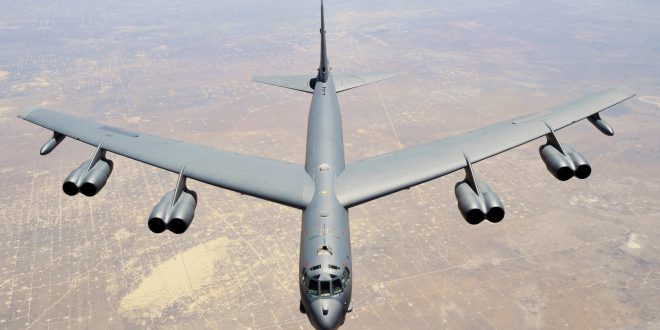 A B-52 STRATOFORTRESS prepares for refueling during a close-air-support mission. (photo credit: US AIR FORCE/SGT. LANCE CHEUNG/REUTERS)

The US successfully tested a hypersonic missile in mid-March but kept it quiet for two weeks to avoid escalating tensions with Russia as President Joe Biden was about to travel to Europe, CNN reported on Tuesday.

The Hypersonic Air-breathing Weapon Concept (HAWC) was launched from a B-52 bomber off the west coast, the official said, in the first successful test of the Lockheed Martin version of the system. A booster engine accelerated the missile to high speed, at which point the air-breathing scramjet engine ignited and propelled the missile at hypersonic speeds of Mach 5 and above.

The official offered scant details of the missile test, only noting the missile flew above 65,000 feet and for more than 300 miles. But even at the lower end of hypersonic range – about 3,800 miles per hour – a flight of 300 miles is less than 5 minutes.