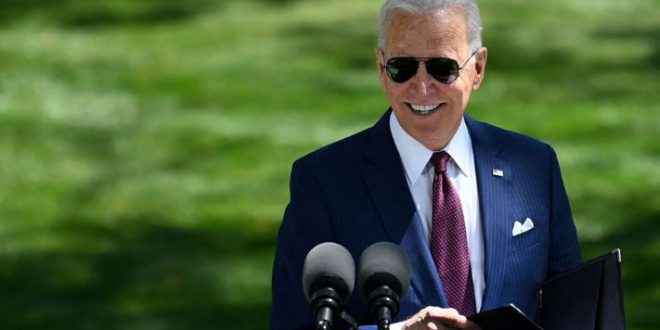 The United States of America’s Senate on Wednesday overwhelmingly approved a treaty that would expand NATO to include Finland and Sweden, with Republicans and Democrats linking arms to pave the way for one of the most significant expansions of the alliance in decades amid Russia’s continued assault on Ukraine.

The vote was 95 to 1, with only Senator Josh Hawley, Republican of Missouri, opposing the move. The lopsided tally, far surpassing the two-thirds support necessary to approve a treaty, underscored the bipartisan appetite for a more muscular Western military alliance even amid threats from Russian officials that Sweden and Finland would face retaliation should they join NATO.

“Finland’s and Sweden’s membership will strengthen NATO even further, and is all the more urgent given Russian aggression, given Putin’s immoral and unjustified war in Ukraine,” said Senator Chuck Schumer, Democrat of New York and the majority leader. “Putin is strengthening the NATO alliance, and nothing shows it better” than the Senate’s resounding approval of the pact.

All 30 current members of the North Atlantic Treaty Organization must ratify the accession of the two countries. Twenty-two countries have already done so, but as recently as two weeks ago, President Recep Tayyip Erdogan of Turkey was threatening to block Finland and Sweden’s membership bids, which would prolong the process.

Still, the approval of the United States is a crucial step, and the vote was a triumph for President Biden. It was a vindication of his push to rally Western allies to confront Mr. Putin’s brutal campaign in Ukraine and a step toward fulfilling his pledge as a presidential candidate to restore the alliances frayed badly during the Trump era and reassert the role of the United States in protecting democracy around the world.

“This historic vote sends an important signal of the sustained, bipartisan U.S. commitment to NATO, and to ensuring our alliance is prepared to meet the challenges of today and tomorrow,” Mr. Biden said in a statement, adding that he looked forward to welcoming “two strong democracies with highly capable militaries, into the greatest defensive alliance in history.”

Democrats argued that adding Sweden and Finland to NATO would reduce the burden on the United States and the broader alliance.

“More than ever, it is crystal clear that NATO plays a vital role for the security of the United States and as a bulwark in protecting peace and democracies throughout the world,” said Senator Bob Menendez, Democrat of New Jersey and the chairman of the Foreign Relations Committee.

“Seventy years ago, democratic nations of Europe and the United States came together to defend the liberty, freedom and individual rights of their citizens from the threat of a militarized Soviet Union,” Mr. Menendez continued. “Now — as then — the defensive alliance serves as a bulwark of stability and the rule of law for the people of its member states.”

The vote margin also reflected a striking repudiation by Republicans of the “America First” philosophy espoused by President Donald J. Trump, who was openly contemptuous of NATO and of American commitments to international organizations.

Some Republicans in the Senate have watched with alarm as a growing number of their colleagues, seeking to emulate Mr. Trump and appeal to his supporters, have taken up anti-interventionist positions at odds with their party’s traditional hawkish stance. Even while Mr. Trump occupied the White House, foreign policy was one of the few areas where Republicans dared challenge him.

The overwhelming tally on Wednesday — with just one defection — was one of the most forceful rejections yet of that isolationist worldview. Senator Rand Paul, Republican of Kentucky, voted present.

Few Republicans expressed qualms with the notion of entering a mutual defense pact with a country that shares an 800-mile border with Russia, instead arguing that doing so would strengthen the alliance.

The vote came a day after Republicans in the House rallied around Speaker Nancy Pelosi, Democrat of California — one of their most bitter political adversaries — for defying the Chinese government’s warnings and traveling to Taiwan. That support, and the resounding vote on Wednesday, were a stark contrast to the pitched battles Republicans have engaged in with Democrats on domestic policy.

It also marked the success of a concerted effort by Senator Mitch McConnell, Republican of Kentucky and the minority leader, who has long pushed against the anti-interventionist strain in his party, but in recent months launched a particularly aggressive effort to publicly rally support for the kind of assertive military presence abroad that was once viewed as Republican orthodoxy.

Determined to show the world that Mr. Trump’s views on military aid and alliances did not hold sway over Senate Republicans, the Republican leader traveled in May to Ukraine, Sweden and Finland.

Mr. McConnell argued that both Sweden and Finland would be able to carry their share of the defense burden, in an attempt to counter a concern frequently raised by conservatives about adding to the alliance. And he had made the case to his members that “even closer cooperation” with the two nations would help the United States counter China, another argument invoked by Republicans contending that the U.S. needs to shift its defense resources away from Europe and toward Asia.

“Their accession will make NATO stronger and America more secure,” Mr. McConnell said in a speech from the Senate floor on Wednesday. “If any senator is looking for a defensible excuse to vote no, I wish them good luck.”

Only Mr. Hawley, who is widely viewed as an aspiring presidential candidate in 2024, voted against the treaty, writing in an opinion article that “NATO expansion would almost certainly mean more U.S. forces in Europe for the long haul.”

“In the face of this stark reality, we must choose,” Mr. Hawley said. “We must do less in Europe (and elsewhere) in order to prioritize China and Asia.”

The four other Republican senators who are widely assumed to harbor presidential aspirations — Ted Cruz of Texas, Tom Cotton of Arkansas, Tim Scott of South Carolina, and Marco Rubio of Florida — all voted in favor of the expansion.

Mr. Cruz, in a brief interview, called NATO “the most successful military alliance in modern history,” and said that “bringing in serious additional military capacity” would only strengthen it.

And Mr. Cotton took to the Senate floor on Wednesday afternoon ahead of the vote to deliver a point-by-point argument against the treaty’s opponents, casting them as “alarmist and backward.”

“Some critics say America shouldn’t pledge to protect countries halfway around the world,” Mr. Cotton said. “But these critics are seven decades too late. We’re already treaty-bound to defend more than two dozen nations in Europe.”

The “real question today,” he said, “is whether adding two capable and strong nations to our mutual defense pact will make us stronger or weaker.”

Only the Senate is vested with the authority to consider and approve treaties. The House last month, in a display of solidarity, passed a nonbinding resolution supporting Finland and Sweden’s accession to NATO, in a 394 to 18 vote.