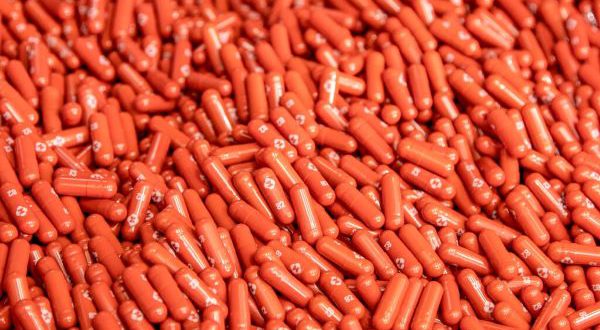 The drug maker Merck said on Friday that it would seek authorization for the first antiviral pill for Covid after its drug, known as molnupiravir, was shown in a clinical trial to cut the risk of hospitalization or death in half when given to high-risk people early in their infections.

The treatment could become the first in a wave of antiviral pill products, which experts say could offer a powerful new tool in efforts to tame the pandemic, as they could reach more people than the antibody treatments that are being widely used in the United States for similar patients.

“I think it will translate into many thousands of lives being saved worldwide, where there’s less access to monoclonal antibodies, and in this country, too,” said Dr. Robert Shafer, an infectious disease specialist and expert on antiviral therapy at Stanford University.

Late-stage study results of two other antiviral pills, one developed by Pfizer and the other by Atea Pharmaceuticals and Roche, are expected within the next few months.

The Merck drug, which is designed to stop the coronavirus from replicating, is to be taken as four capsules twice a day for five days.

Merck said an independent board of experts monitoring its study data had recommended that its trial be stopped early because the drug’s benefit to patients had proved so convincing. The company said that the Food and Drug Administration had agreed with that decision.

For the research, the monitors looked at data through early August, when the study had enrolled 775 volunteers in the United States and overseas. For volunteers who received the drug, their risk of being hospitalized or dying fell 50 percent, without any concerning side effects, compared with those who received placebo pills, Merck said in a news release announcing the findings.

The Merck pill’s efficacy was lower than that of monoclonal antibody treatments, which mimic antibodies that the immune system generates naturally when fighting the virus. Those drugs have been in high demand recently, but they are expensive, are typically given intravenously, and have proved cumbersome and labor-intensive for hospitals and clinics to administer. Studies have shown that they reduce hospitalizations and deaths 70 to 85 percent in similar high-risk Covid patients.

Still, Angela Rasmussen, a virologist and research scientist at the Vaccine and Infectious Disease Organization at the University of Saskatchewan, said that antiviral pills could have a greater impact by virtue of reaching more people.

“If that holds up at the population scale,” she said, “that is going to translate to an objectively larger number of lives saved potentially with this drug,” adding that, “Maybe it isn’t doing the same numbers as the monoclonal antibodies, but it’s still going to be huge.”

The federal government has placed advance orders for 1.7 million courses of Merck’s drug, at a price of about $700 per patient. That is about one-third of the current cost of a monoclonal antibody treatment.

Merck — which is developing the pill with its partner, Ridgeback Biotherapeutics of Miami — has not said which patients it plans to ask the F.D.A. to approve the drug for.

It may be initially approved for the limited group of patients who are eligible to receive monoclonal antibody treatments: possibly older people and those with medical conditions that put them at high risk for bad outcomes from Covid. But experts said they expected that the drug might eventually be used more widely, in many people who test positive for the virus.

If authorized, Merck’s drug would be the second antiviral treatment for Covid. The first, remdesivir, must be infused and has lost favor among clinicians as studies have suggested that it offers only modest benefit for Covid patients.