Salvador Cienfuegos, who was defense chief from 2012 to 2018, is reported to have been on a trip with his family when he was detained at Los Angeles airport on Thursday.

Lopez Obrador said the general was “accused of links with drug trafficking,” adding that the US authorities were expected to give more details later Friday.

“We’re facing an unprecedented situation” Lopez Obrador added, noting that two former Mexican ministers are now detained in the US on allegations of links to drug cartels.

“Of course, all this must be proven,” he said.

But the arrests were a clear indication that Mexico was previously run by “a narco-government and without doubt a mafia government,” added the leftist leader, who came to power in 2018 vowing to crack down on corruption.

Ex-public security minister Genaro Garcia Luna was detained in Texas in December 2019 on charges of taking huge bribes to allow the notorious Sinaloa cartel to ship drugs into the US, which he denies.

The latest arrest could lead to US authorities pursuing even bigger targets, said Mike Vigil, former head of international operations for the US Drug Enforcement Agency (DEA).

“Cienfuegos has enough information,” he told AFP when asked if the investigation could even result in charges against former president Enrique Pena Nieto.

“Prosecutors and federal agencies (in the US) always look for information from detainees like Cienfuegos that leads them to people at the same level or above.”

He said the allegations against Cienfuegos appeared to have come from witnesses in the US trial of drug lord Joaquin “El Chapo” Guzman who was sentenced to life in prison.

Following the detention of the two ex-ministers, “many members of the Mexican security forces won’t want to collaborate with US agencies because there will be resentment and distrust,” he added.

‘Operation Godfather’
The Mexican investigative magazine Proceso, quoting unnamed sources at the US Department of Justice, reported that the arrest was the result of a long-standing US investigation named “Operation Godfather” into corruption involving drug traffickers.

It said other senior military officials had come under investigation when US authorities began to collect evidence against Guzman.

Cienfuegos is not under investigation in Mexico, Lopez Obrador said.

The 72-year-old headed the defense ministry under Pena Nieto, who faces allegations of corruption during his 2012-2018 term in office.

Lopez Obrador is pushing for a referendum on whether to prosecute Pena Nieto and four other predecessors over accusations including graft. 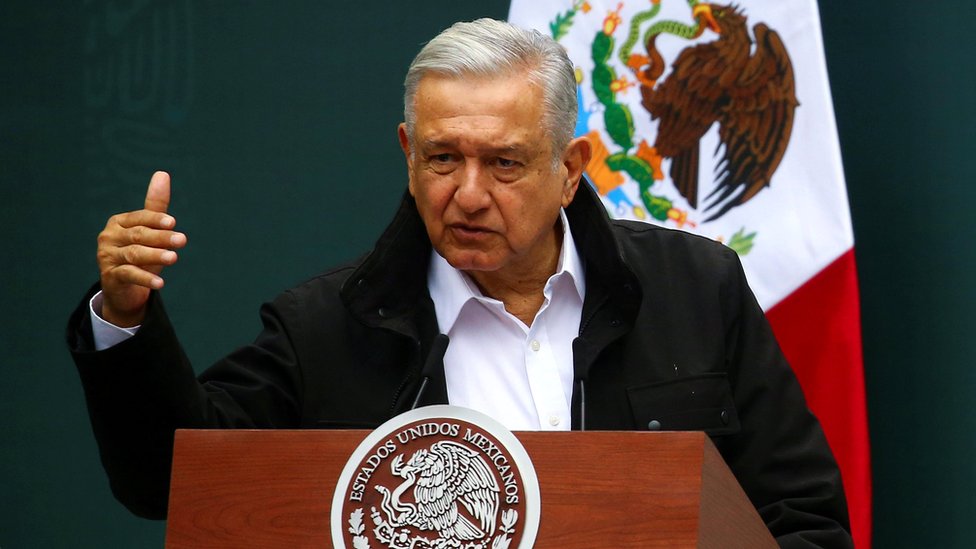 Mexico’s government militarized the fight against the drug cartels in 2006, since when more than 296,000 people have been murdered, according to the authorities, who say most of the killings are linked to gang violence.

While defense minister, Cienfuegos complained about his troops having to take part in the country’s war on drug trafficking, saying the military was not suited for the job.

“We didn’t ask to be here. We don’t like it. We didn’t study how to chase criminals,” he said.

“Our function is something else and it’s been made into something unnatural. We are doing things that don’t correspond to our training because there’s no one else to do them.”

‘No one need to panic’, all countries will have access to Covid-19 vaccines – WHO