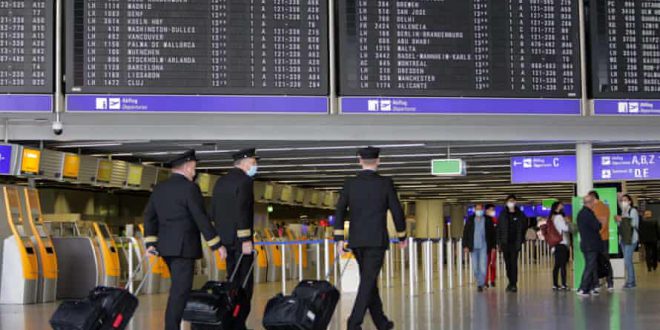 The US has announced new Covid-19 testing requirements for all travellers from China, joining other nations imposing restrictions due to a surge of infections in the country.

The rise in cases across China follows the rollback of its strict “zero Covid” policies, which kept infection rates low but fuelled public frustration and crushed economic growth.

Beginning January 5, all travellers to the US from China will be required to take a Covid-19 test no more than two days before travel and provide a negative test before boarding their flight.

The testing applies to anyone two years and older.

Other countries have taken similar steps in an effort to keep infections from spreading beyond China’s borders.

Japan will require a negative Covid-19 test upon arrival for travellers from China, and Malaysia announced new tracking and surveillance measures.

Lunar New Year, which begins on January 22, is usually China’s busiest travel season, and the government announced on Tuesday it will resume issuing passports for tourism for the first time since the start of the pandemic in 2020.

The US action is a return to requirements for some international travellers. The Biden administration lifted the last of such mandates in June.

At that time, experts continued to recommend that people boarding flights to the US get tested close to departure time and not travel if they are sick.

The latest announcement comes as doctors and nurses across China are being asked to work alongside sick and retired colleagues amid the devastating outbreak.

And the situation is likely to worsen as the virus spreads from the larger metropolitan areas to rural regions with inadequate healthcare systems.

Beijing-based doctor Ning, who only gave his surname, told the Financial Times: “We can work hard, we can work overtime, but at the end of the day, medical staff, like others, are made of flesh, not iron.

“No matter how dedicated we are, we have physical and mental limits.”

China kept case numbers low for two years with a “zero-Covid” strategy that isolated cities and confined millions of people to their homes.

Now, as it backs off that approach, it is facing the widespread outbreaks that other countries have already gone through.

China only counts deaths from pneumonia or respiratory failure in its official Covid-19 toll, a health official said last week.

That unusually narrow definition excludes many deaths other countries would attribute to Covid-19.

Experts have forecast 1 to 2 million deaths in China through the end of 2023.

Charles Igbinidu is a Public Relations practitioner in Lagos, Nigeria
@https://twitter.com/ionigeria
Previous US bomb cyclone: At least 59 dead as North America gripped by devastating winter storm
Next Chelsea agree £105m fee with Benfica for Enzo Fernandez as they pip Man Utd and Liverpool to club-record transfer