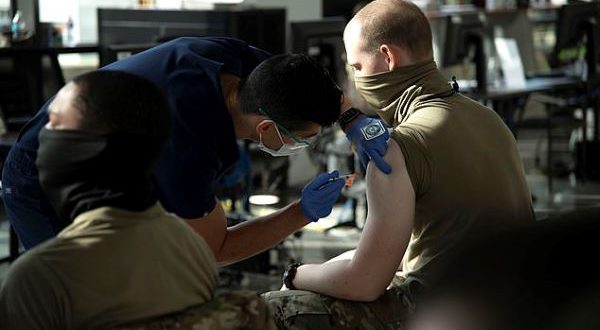 The Air Force has discharged 27 people for refusing to get the COVID-19 vaccine, making them what officials believe are the first service members to be removed for disobeying the mandate to get the shots.

The Air Force gave its forces until November 2 to get the vaccine, and thousands have either refused or sought an exemption.

Air Force spokeswoman Ann Stefanek said Monday that these are the first airmen to be administratively discharged for reasons involving the vaccine.

She said all of them were in their first term of enlistment, so they were younger, lower-ranking personnel. And while the Air Force does not disclose what type of discharge a service member gets, legislation working its way through Congress limits the military to giving troops in vaccine refusal cases an honorable discharge or general discharge under honorable conditions.

The Pentagon earlier this year required the vaccine for all members of the military, including active duty, National Guard and the Reserves. Each of the services set its own deadlines and procedures for the mandate, and the Air Force set the earliest deadline.

Defense Secretary Lloyd Austin has said the vaccine is critical to maintaining the health of the force and its ability to respond to a national security crisis.

None of the 27 airmen sought any type of exemption, medical, administrative or religious, Stefanek said.

Several officials from the other services said they believe that so far only the Air Force has gotten this far along in the process and discharged people over the vaccine refusal. 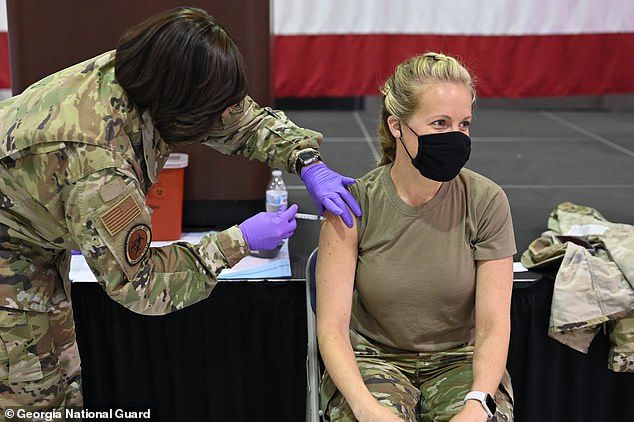 Master Sgt. Tiffany Sneeze, from the 165th Airlift Wing, administers the COVID-19 vaccination to an Airman on Dobbins Air Force Base, Georgia, pictured in June. U.S. Air Force has

As a result, they were formally removed from service for failure to obey an order. Stefanek said it is also possible that some had other infractions on their records, but all had the vaccine refusal as one of the elements of their discharge.

It is not unusual for members of the military to be thrown out of the service for disobeying an order- discipline is a key tenet of the armed services.

As a comparison, Stefanek said that in the first three quarters of 2021, about 1,800 airmen were discharged for failure to follow orders.

According to the latest Air Force data, more than 1,000 airmen have refused the shot and more than 4,700 are seeking a religious exemption. As of last week, a bit more than 97% of the active duty Air Force had gotten at least one shot.

Members of the Navy and the Marine Corps had until November 28 to get the shots and their Reserve members have until December 28. Army active duty soldiers have until Wednesday, and members of the Army National Guard and the Reserves have the most time to be vaccinated, with a deadline of next June 30.

Across the military, the vaccine reaction has mirrored that of society as a whole, with thousands seeking exemptions or refusing the shots. But overall the percentage of troops – particularly active duty members – who quicky got the shots exceeds the nationwide numbers.

Defense Secretary Lloyd Austin has made it clear that the Guard and Reserve are also subject to the mandate, and has warned that those who fail to comply risk their continuing members in the military. But that has proven to be contentious. 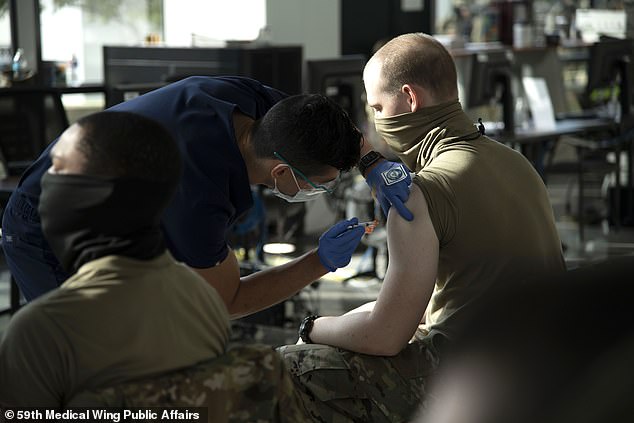 About 97% of 326,000 Air Force personnel are vaccinated against the virus, a number far higher than the general U.S. population. Pictured, Capt. (Dr.) Joseph Santamaria,

Oklahoma´s Republican governor and the state attorney general have already filed a federal lawsuit challenging the military mandate for the state’s Guard. Gov. Kevin Stitt – the first state leader to publicly challenge the mandate – is arguing that Austin is overstepping his constitutional authority.

Stitt had asked Austin to suspend the mandate for the Oklahoma National Guard and directed his new adjutant general to assure members that they would not be punished for not being vaccinated.

Austin rejected the request and said unvaccinated Guard members would be barred from federally funded drills and training required to maintain their Guard status.

Oklahoma’s adjutant general, Brig. Gen. Thomas Mancino, posted a letter on the state Guard’s website, however, warning his troops that those who refuse the vaccine could end their military careers.

‘Anyone … deciding not to take the vaccine, must realize that the potential for career ending federal action, barring a favorable court ruling, legislative intervention, or a change in policy is present,’ Mancino wrote. 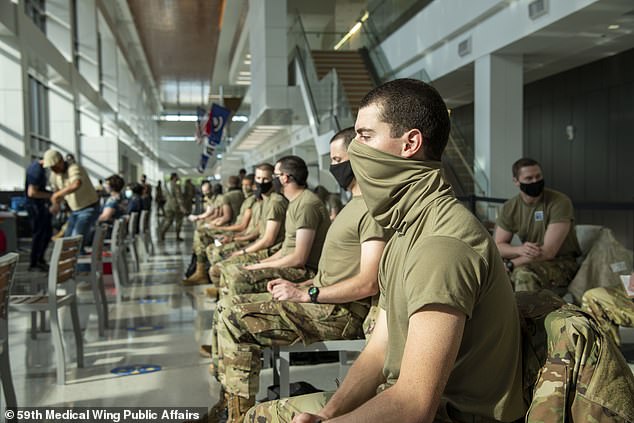 In total, 79 uniformed military personnel across the different services have died from the coronavirus. Pictured, U.S. Air Force basic trainees from the 37th Training Wing wait during a mandatory observation period after receiving their first dose of vaccine last May

Charles Igbinidu is a Public Relations practitioner in Lagos, Nigeria
@https://twitter.com/ionigeria
Previous French court clears Koffi Olomide of rape but convicted of holding dancers  against their will
Next Mother of Kogi Governor’s Chief of Staff has been kidnapped