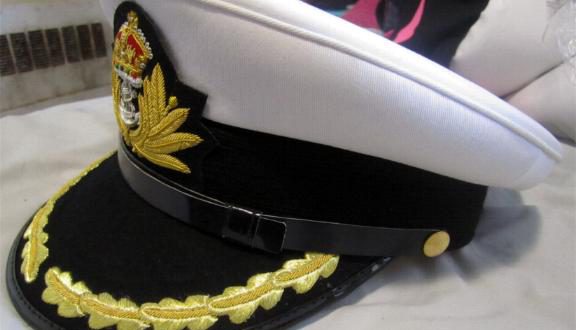 UNVEILED: The Identities Of Officers Shot Dead By Bandits At NDA

A Lieutenant Commander simply identified as Wulah and Flying Lieutenant CM Okoronwo have been identified as the victims who were shot dead during the invasion of Afaka barracks of the Nigerian Defence Academy (NDA) on Tuesday morning.

Bandits reportedly broke into the prestigious military institution around 1 am.

A source within the barracks said the attackers struck when many were asleep.

The source had said security was beefed up to prevent the armed men from escaping with their victims.

It was further gathered that one Major Datong was kidnapped in the incident while an officer simply identified as 2nd Lieutenant Onah sustained a gunshot injury and is currently receiving treatment at NDA hospital.

A statement by the Academy Public Relations Officer, Major Bashir Jajira, said an officer was abducted by the bandits.

“The security architecture of the Nigerian Defence Academy was compromised early this morning by unknown gunmen who gained access into the residential area within the Academy in Afaka. During the unfortunate incident, we lost two personnel and one was abducted.

The attack happened less than a week after President Muhammadu Buhari charged security chiefs to double up their efforts because he did not want to leave office as a failure.