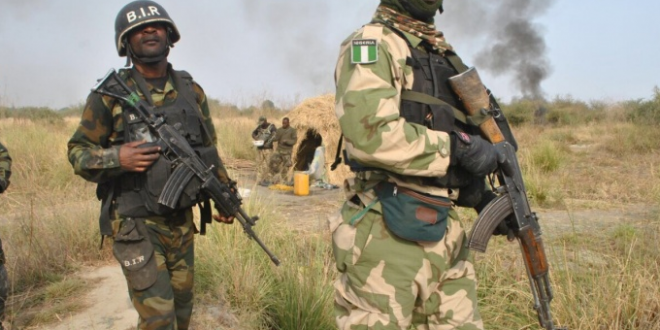 UNVEILED: Identities Of Presidential Brigade Guards Gunned Down By Terrorists

The identities of some of the officers who lost their lives in an ambush by terrorists in Abuja have been unveiled.

The deceased officers, who were attached to the Presidential Guards Brigade, were reportedly ambushed after they visited the Nigeria Law School in Bwari following a distressed call from the authorities of the school.

The school management was said to have alerted that terrorists had dropped a letter indicating an imminent attack.

According to Daily Trust, Lieutenant Ibrahim Suleiman and Captain Samuel Attah, who were indigenes of Kogi State, were killed in the ambush.

Suleiman was the son of Col Suleiman Ahmodu Babanawa (rtd). He hailed from Okpo in Olamaboro Local Government Area. Late Attah was from Ibaji local government of the state.

Meanwhile, messages of condolences have been pouring into the family of the slain soldiers.

Sympathisers have been trooping to the family house of Col Babanawa (rtd) at Okpo in Olamaboro LGA over the loss of his son.

The bereaved father reportedly made his marks in the Nigeria Army before he retired.