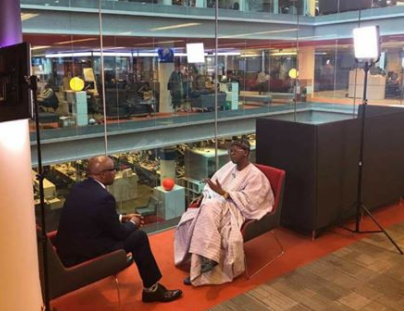 Minister for Information, Lai Mohammed, had an interview with BBC in London yesterday where he described as “unfortunate” the fact that the U.S. government does not see the Indigenous People Of Biafra, IPOB, as a terrorist organization.

The spokesman for the American Embassy in Nigeria, Russell Brooks, in a recent interview, said that the US was committed to Nigeria’s unity and would support a peaceful resolution of any crisis in the country.

“The United States Government is strongly committed to Nigeria’s unity. Important political and economic issues affecting the Nigerian people, such as the allocation of resources, are worthwhile topics for respectful debate in a democracy. Within the context of unity, we encourage all Nigerians to support a de-escalation of tensions and peaceful resolution of grievances. The Indigenous People of Biafra is not a terrorist organization under US law’.

Reacting to the comment by the US spokesperson, Lai Mohammed in the interview said

“That’s very unfortunate because if countries decide to pick and choose which organizations are terrorists and which are not bearing in mind that terrorism has no boundaries, I think what we should do is, every country should work together to ensure that terrorism does not strive.”

Asked why a man without a weapon can be described as a terrorist, the Minister said