Home / News / Local News / Unbelievable: 13-Yr-Old Boy Cuts Off Penis Of Policeman Who Tried To Rape Him In Katsina 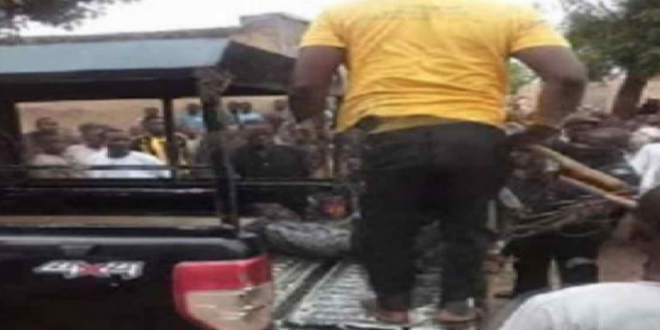 Unbelievable: 13-Yr-Old Boy Cuts Off Penis Of Policeman Who Tried To Rape Him In Katsina

An Inspector (names withheld) has lost his manhood while sodomising a 13-year-old boy in Tudun Markabu, Faskari Local Government Area of Katsina State.

A source in the area, who spoke on condition of anonymity, said the Inspector was fond of committing the act with boys in the area, alleging that the last victim used a knife to cut the officer’s manhood.

According to the source, boys, probably victims of the Inspector’s sexual preferences, set him up in vengeance.

The policeman was transferred from Sabuwar Local Government Area to Kankara, before his posting to Faskari, where the incident occurred on Tuesday night.

Confirming the story, Katsina State Police Command’s spokesperson, Gambo Isah, said: “We received the news with dismay. We are not expecting our men to be involved in this kind of act. “

“The Command is investigating the matter. Immediately he recovers, we will investigate the matter and get all the witnesses. If found wanting, he will face necessary disciplinary action and charged to court.”