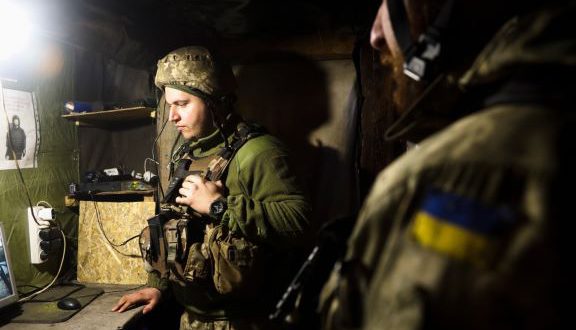 Ukraine said it killed a Russian general with a long-range rocket system donated by the US.

The US has sent eight HIMARS to Ukraine, and said last week that it was sending four more. The first arrived on June 23, Ukraine’s defense secretary.

Bratchuk did not say exactly where the attack took place, or when. Russia has not confirmed Nasbulin’s death — as has been common with other reported Russian deaths — and it has not been independently verified.

Russian and Ukrainian forces have been fighting in the southern Ukrainian region of Kherson. The city of Kherson was the first that Russia seized in its invasion, and Ukraine’s military began a counterattack in recent days.

Ukraine said on Tuesday that it used HIMARS artillery to destroy a Russian ammunition depot in the city of Nova Kakhovka, in the Kherson region. It is not clear if Bratchuk was talking about the same attack.

The US, EU, and other nations have been sending weapons to Ukraine since Russia’s invasion began on February 24. But Ukraine had repeatedly said that more were needed to beat Russia, including long-range weapons. Western nations then started to send those kinds of weapons.

The HIMARS system is more accurate than the systems Russia has, the BBC reported.

Ukrainian President Volodymyr Zelenskyy said last week that those weapons from Western countries were allowing Ukraine to push back against Russia.

Russia has lost a high number of generals in the months since it invaded Ukraine.

It is not clear exactly how many Russian generals have been killed, and Russia has only acknowledged the deaths of a few of them.

James Stavridis, a former NATO supreme allied commander for Europe, said on May 1: “In modern history, there is no situation comparable in terms of the deaths of generals … Here, on the Russian side, in a two-month period, we’ve seen at least a dozen, if not more, Russian generals killed.”