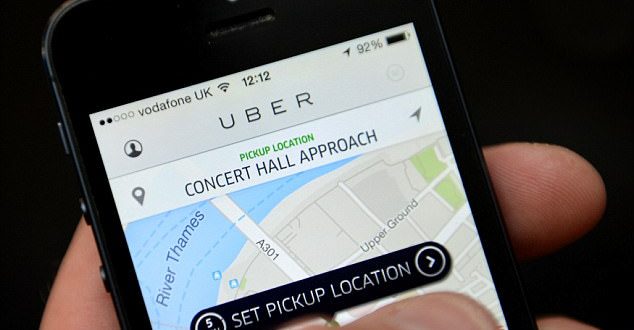 In a blow to the ride-hailing app, the U.K.’s top court unanimously ruled Friday that Uber drivers are workers, upholding previous decisions by lower courts and bringing to a close a year-long legal battle.

Uber drivers must be classified as workers, not self-employed, and are entitled to rights including a minimum wage, working time protections and holiday pay, the court ruled.

The case was brought by former Uber drivers Yaseen Aslam and James Farrar, who argued that the platform effectively controls how they work. In 2016, an employment tribunal in London found that they qualified for workers’ rights — a decision Uber appealed all the way to the Supreme Court.

In setting out its judgment, the court said its decision was based on several key elements: that Uber sets the fare and contract terms; that the company “constrains” drivers’ choice of whether or not to accept a ride request; and that it exercises “significant control” over the way in which drivers deliver their services. The company also restricts communications between the passenger and driver, the court said.

The judgment also upheld that drivers’ working time is not limited to periods when they are driving passengers, but rather includes any period when the driver is logged into the app “in the relevant territory” and ready to accept a ride request.

Aslam, president of the App Drivers & Couriers Union (ADCU), said in a statement he was “overjoyed and greatly relieved” by the decision.

In an emailed press statement, Uber’s regional general manager for Northern and Eastern Europe, Jamie Heywood, said: “We respect the Court’s decision which focussed on a small number of drivers who used the Uber app in 2016.”

He added that the company had since made “some significant changes to our business, guided by drivers every step of the way.” These changes include “giving even more control over how they earn and providing new protections like free insurance in case of sickness or injury,” he said.

An employment tribunal will now decide how much to award the group of 25 drivers involved in the case in compensation. Some 1,000 similar claims against the platform that were pending until after Friday’s ruling may now go ahead.

Charles Igbinidu is a Public Relations practitioner in Lagos, Nigeria
@https://twitter.com/ionigeria
Previous Harry and Meghan tell the Queen they will not return as working members of Royal Family
Next Rihanna incurs condemnation from fans after posing topless in an Instagram shot