Spread the love
A bizarre war of words broke out between Nicki Minaj and Boris Johnson on Tuesday.

Mr Johnson said he was “not as familiar with the work” of the rapper while Professor Chris Whitty called the star “ridiculous” in a Downing Street conference after she sensationally claimed Covid vaccines are linked to impotence in a tweet on Monday.

Now the pop star has fired back with a mocking video where she put on a comedic British accent addressing the Prime Minister.

She said sarcastically in a video message: “Yes, hello Prime Minister, Boris, it’s Nicki Minaj – I was just calling to tell you that you were so amazing on the news this morning. And I’m actually British. I was born there. I went to university there. I went to Oxford.

“I went to school with Margaret Thatcher. And she told me so many nice things about you. I’d love to send you my portfolio of my work, since you don’t know much about me, I’m a big, big star in the United States.”

She added in writing: “Send this to the Prime Minister and let him know they lied on me. I forgive him. No one else. Only him.” 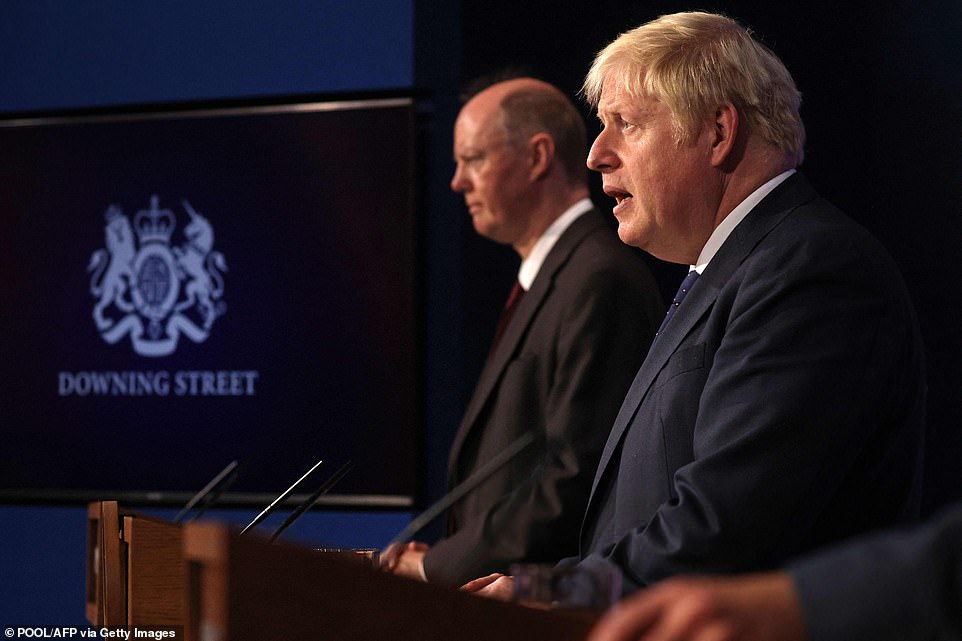 Furore was ignited at a Downing Street conference when a journalist asked the PM and England’s chief medical advisor about Ms Minaj’s vaccine tweet.

The rapper had told her 22million followers on Monday: “My cousin in Trinidad won’t get the vaccine cuz his friend got it & became impotent. His testicles became swollen. His friend was weeks away from getting married, now the girl called off the wedding. So just pray on it & make sure you’re comfortable with ur decision, not bullied.”

In response, England’s chief medical advisor shot down the celebrity’s claims as “untrue” and he said it was clearly designed to “scare” people on Tuesday.

The professor said the rapper should be “ashamed” of herself for “peddling untruths” on social media. 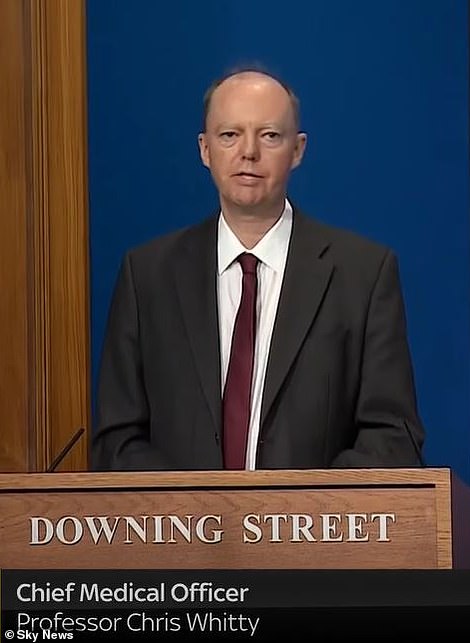 He told a Downing Street conference on Tuesday: “There are a number of myths that fly around … some of which are just clearly ridiculous and some of which are clearly designed just to scare. That happens to be one of them. That is untrue.

“But there are also people who go around trying to discourage other people from taking a vaccine which could be life-saving or prevent them from having life-changing injuries to themselves.

“And many of those people, I regret to say, I think know that they are peddling untruths but they still do it. In my view, they should be ashamed.” 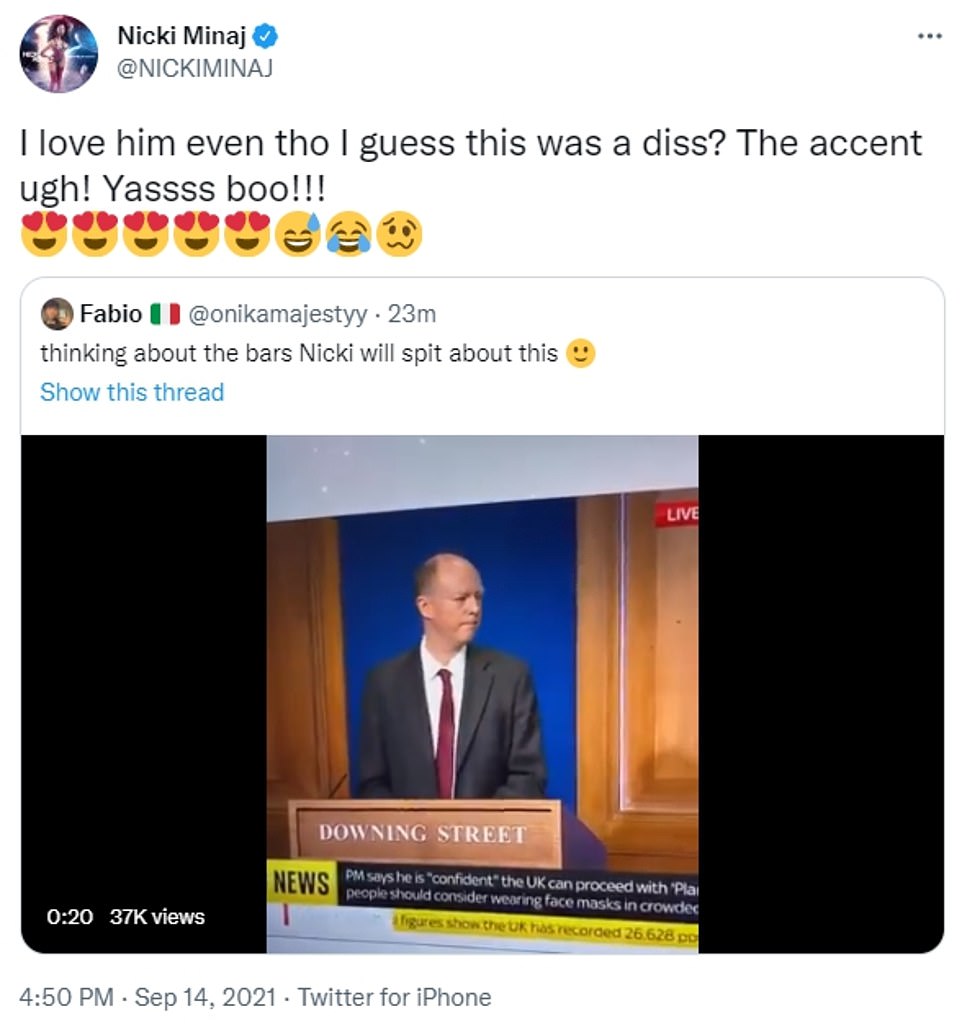 By repeating the myths in public, the professor warned it “just gives them credence which they don’t need”. 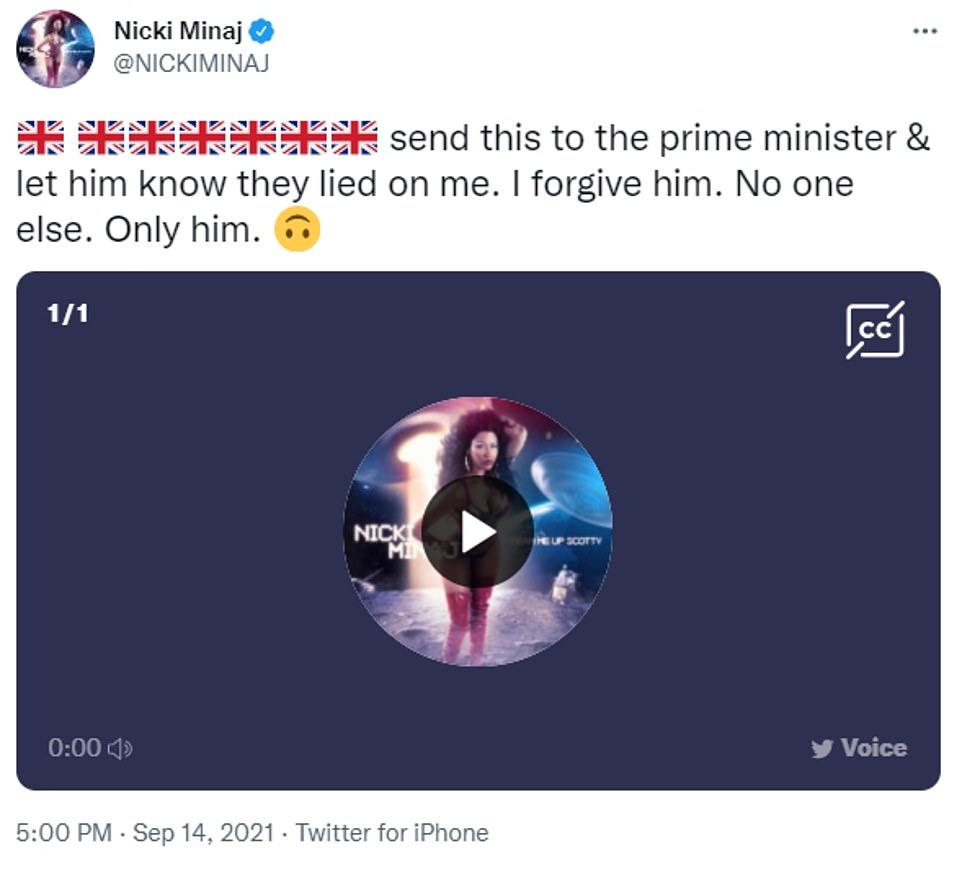 Mr Johnson used the opportunity to celebrate the work of a GP in Bexley called Nikki Kanani.

He added: “I’m not as familiar with the work of Nicki Minaj as I probably should be but I am familiar with Nikki Kanani, superstar GP of Bexley.

“She will tell you that vaccines are wonderful and everybody should get them. So I prefer to listen to Nikki Kanani.”