The UK , the Dailymail further said, “is giving nearly £250million in the coming year to oil-rich Nigeria, whose president sends his daughter to a £26,000-a-year English school”.

According to the Newspaper “Self-proclaimed ‘People’s President’ Muhammadu Buhari began a war on corruption after taking power last year, but critics allege it is a political witch-hunt. 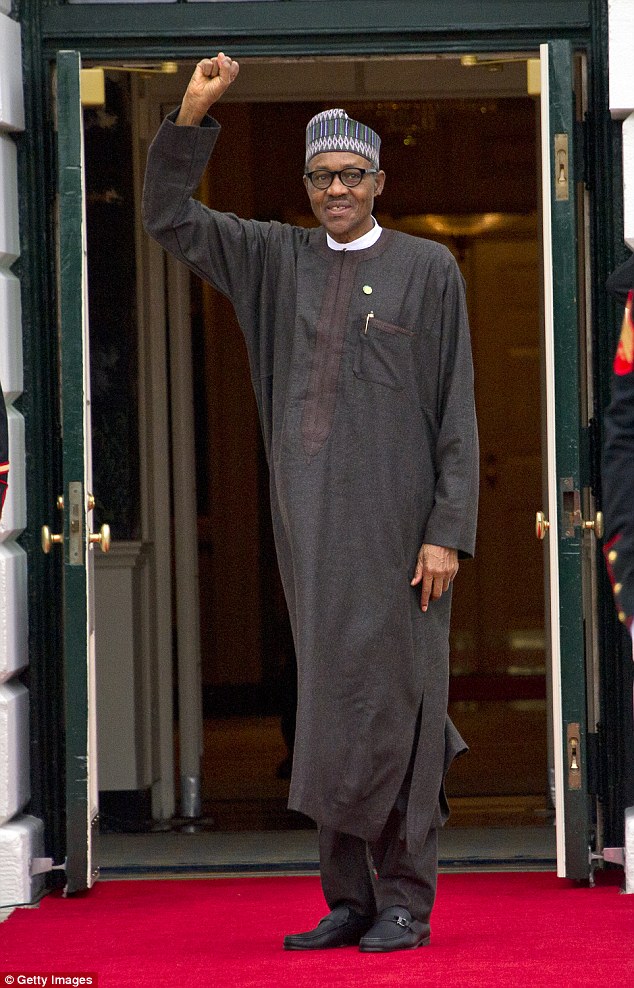 In April the opposition PDP party unearthed a ticket stub showing Hanan, 16, had flown first-class from London to Nigeria, despite her father’s ban on officials using premium travel.

And a Nigerian newspaper claimed Mr Buhari has spent £150,000 on educating his daughter Zahra, a Surrey University student.

The president is reported to have failed to give a full account of his worth, but even his partial admission included more than £1million in the bank, five houses and two plots of land.

Supporters say 49 arrests of members of the previous regime show the anti-corruption war is genuine, but opponents say it is politically driven.

Nigeria has the highest-paid government officials in the world but is one of the largest beneficiaries of UK foreign aid.

The president of its senate, Bukola Saraki, is due to face trial on corruption charges after it emerged he has a £6million London property in his wife’s name.

Self-proclaimed ‘People’s President’ Muhammadu Buhari began a war on corruption after taking power last year, but critics allege it is a political witch-hunt.