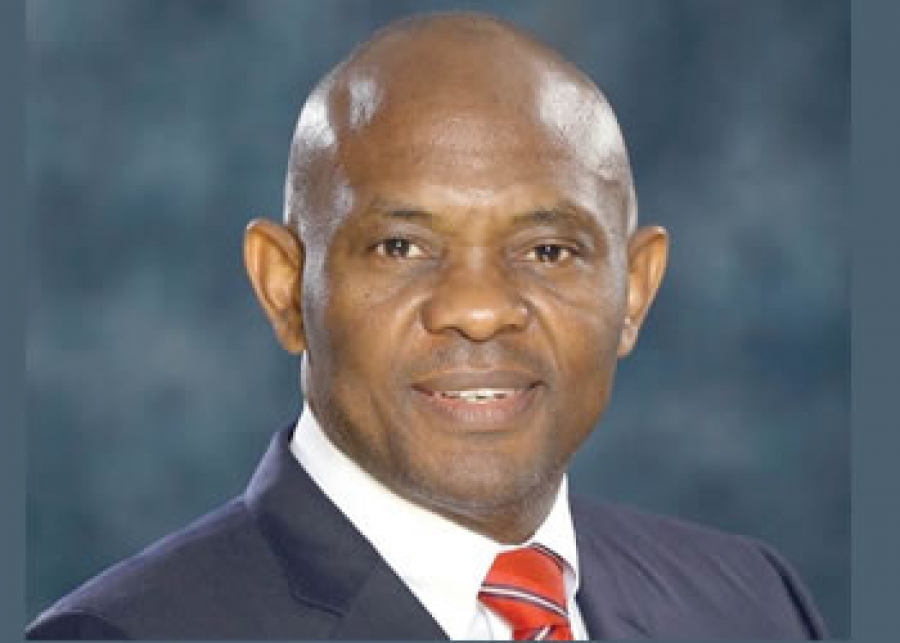 United Bank for Africa PLC, has announced the appointment of five new Executive Directors, subject to the approval of the Central Bank of Nigeria:

According to a statement from the bank, the new appointees who were elevated from within the bank include  Ayo Liadi; Oliver Alawuba; Ibrahim Puri; Uche Ike and Chuks Nweke.

“All bring considerable experience to the Board and, as a sign of the depth of internal talent and the Group’s commitment to fostering promotion of its own human capital, all have been promoted from within the Bank”, the statement said.

“Ayo Liadi has over 20 years’ banking experience, having worked in Tier 1 banks in Nigeria and in West Africa, before joining UBA in January 2014 as the Director for Lagos and West Bank, overseeing over 200 branches of UBA. A Chartered Accountant and graduate of Business Management from the University of Nigeria, Nsukka, Ayo received the Dean’s Award for Outstanding Academic Performance.

“Oliver Alawuba, currently the CEO Africa, Anglophone, joined the UBA Group in 1997. A member of the Association of Bank Directors in Nigeria and also a Catholic Knight, Oliver had previously supervised the Bank’s Public Sector and Personal Banking businesses. Oliver has over 25 years of banking experience.

“Ibrahim Puri, currently Directorate Head of the North Bank is a graduate of Banking and Finance. He joined the UBA Group in 2006 and has contributed immensely to the growth of the Bank in both the private and public sectors. Ibrahim has over 25 years of banking experience.

“Uche Ike the Group Chief Risk Officer, is a Chartered Accountant, with an MBA from the University of Benin. He has been with the Group since 2006 and has served in a number of prominent roles, first as Group Head of Operations in South and South East Banks and then for a period of five years, as General Manager at the Bank’s New York branch. Uche has over 27 years of banking experience.

“Chuks Nweke, currently the Head of Operations and Information Technology, is an accounting graduate of the University of Nigeria at Nsukka (best graduating student) and holds an MBA from the same university. Chuks is also a qualified Chartered Accountant. He has over 25 years of banking experience .

“Congratulating the newly appointed Directors, the Group Chairman, Tony Elumelu said ” These appointments will greatly assist in the plans we have to transform the UBA Group into a truly customer led bank and the foremost financial institution in Africa”.

“These are exciting times for UBA”, he continued. “And with this leadership, I have no doubt that the Bank will continue on its strong growth trajectory “.

The newly appointed Executive Directors join Kennedy Uzoka, who was appointed as the incoming Group CEO in March 2016. Kennedy will assume his role on the 1st of August, on the retirement of Phillips Oduoza.

Mr Uzoka said today “I am extremely optimistic about the future of the Bank, these appointments show the strength of the talent available within UBA and demonstrate our commitment to institutionalisation. We could not have put together a better executive leadership team”.

Board Chairman, Tony Elumelu, also commended outgoing Directors saying “I take this opportunity to inform you that two of our Executive Directors, Femi Olaloku and Obi Ibekwe will be retiring from the Board effective June 30 and May 31, 2016 respectively. I would like to thank them for the enormous contributions they have made during their time of service”.

In April this year, UBA held an intensive three day strategy session which brought together the Group Board , subsidiary CEOs and board chairs to set a path for the Pan Africa Bank’s future.

At the Group strategy session, the Bank resolved to deepen its commitment to its pan Africa strategy and accelerate its expansion across the continent. The appointment of five Executive Directors today is a visible manifestation of the Group’s strategic intent.

UBA reported strong financial results in 2015, in what all recognised was a challenging macro environment. Gross earnings were N315billion whilst operating profits approximated to N70billion. First quarter profits in the current financial year, at N18 billion, illustrate the resilience of the Bank’s business model.