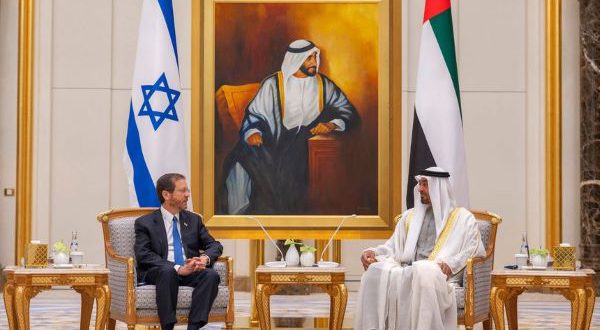 The United Arab Emirates said on Monday that it shot down a missile fired by Yemen’s Houthis, which occurred as Israeli President Isaac Herzog was visiting the country.

The UAE’s defense ministry said it intercepted and destroyed the projectile, pieces of which fell in unpopulated areas, according to Reuters. Authorities did not, however, say specifically where the missile was heading.

The Houthis said they executed “a large-scale military operation deep inside the U.A.E.,” according to The Wall Street Journal, adding that they would reveal additional details at a later time.

The Emirati civil aviation authority said air traffic in the country was functioning normally and all flights were operating as usual despite the missile interception, Reuters reported, citing state news agency WAM.

The incident occurred hours after Herzog had arrived in Abu Dhabi, according to the Journal. It was the first time an Israeli leader had visited the country following the Abraham Accords, which normalized diplomatic relations between the two countries.

Herzog condemned the incident, telling Abu Dhabi’s crown prince Sheikh Mohammed bin Zayed Al Nahyan “I wish to emphasize that we completely support your security requirements and we condemn in all forms and language any attack on your sovereignty,” according to The Associated Press.

When asked about the missile interception, the president’s office told the AP early Monday that the trip was “expected to continue as planned.”

The missile launch marked the third time the Iran-backed Houthis dispatched an aerial assault against the UAE in recent weeks, the Journal noted.

Yemeni government forces have been pushing back on the Houthis in recent weeks as the rebels work to take control of the northern portion of Yemen.