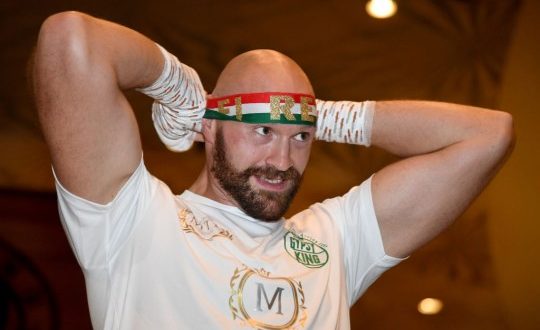 Tyson Fury has been ordered by the WBC to face mandatory challenger Dillian Whyte in an all-British showdown next year.

Fury successfully defended his heavyweight world title with an 11th-round stoppage of Deontay Wilder in their trilogy fight in October.

The Brit then had 30 days to negotiate an undisputed clash with fellow champion Oleksandr Usyk but the Ukrainian will instead face a rematch with Anthony Joshua.

And Whyte has now been been called as Fury’s mandatory challenger with the rivals having 30 days to agree a deal before purse bids are called.

The fight is likely to take place in March next year with Cardiff and Manchester among the potential venues.

Whyte has been waiting for a shot at the WBC crown since first picking up the ‘Silver’ belt in 2017 after victory over Robert Helenius.

And when he withdrew from a planned October bout with Otto Wallin with a shoulder injury, the 33-year-old turned his attention to Fury.

The fight has now been ordered by the sanctioning body which will now force Fury to negotiate a meeting with Whyte or vacate his hard-earned title.

With Fury having one fight left on his current deal with promoter Top Rank, Bob Arum and Eddie Hearn are expected to represent the fighters in negotiations.

Hearn, who does not have a contract with Whyte, expects purse bids to now be called, which would see offers from both Matchroom and Top Tank.

“He will just be thinking whoever puts up the most money, and if I am fighter in this scenario I would just be looking to see who puts the most money up for the fight.

“But I have no problem with Dillian fighting on another promoter’s show at all, and we will be with him promoting him and behind him but he wants to do it on a Matchroom show.

“And naturally for me this is a Wembley fight but there will be plenty of other offers from around the world too.”

Whyte and Fury have been embroiled in a long-term rivalry with several back-and-forth exchanges over the past few years.

And the challenger has accused Fury frequently of avoiding his challenge after previous meetings fell through during Fury’s long reign as lineal champion.

Their feud reached boiling point earlier this year when they exchanged insults on social media amid talks of Fury chasing an undisputed shot at Joshua.