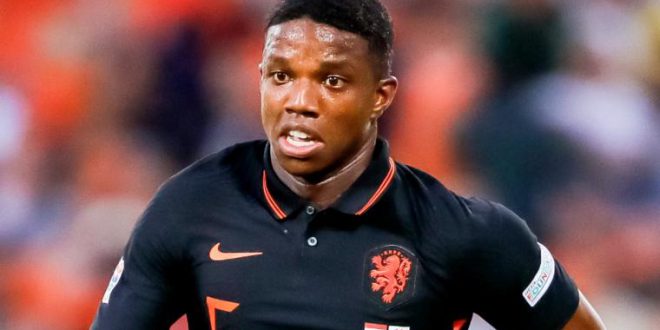 Manchester United have announced the signing of Feyenoord defender Tyrell Malacia this Tuesday.

Manchester United have announced the signing of Feyenoord defender Tyrell Malacia this Tuesday.

The 22-year-old travelled to Manchester on Sunday to complete his move to the red side of the city and now is officially a Red Devil.

The Dutch international has signed on the dotted line of a contract that will run until the summer of 2026 with the option to extend for a further year.

With this, Malacia becomes new United manager Erik ten Hag’s first signing at Old Trafford, after the English side hijacked a deal for him from Lyon.

The left footer made 50 appearances for his club Feyenoord last season, scoring gone goal and making a further five assists in the process.

He also has five full international caps to his name, most recently playing in both wins against Wales in the last international break with the Netherlands.

Malacia will be the third senior left back in the current squad, alongside Alex Telles and Luke Shaw.