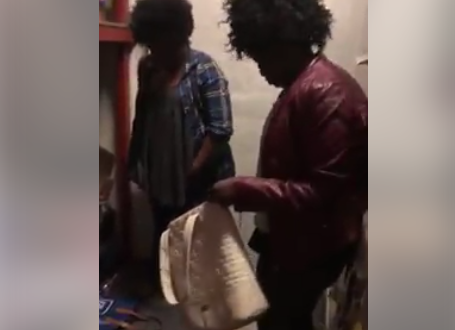 According to reports, the women were acting suspiciously before they were apprehended by one of the staff who alerted security.

One of the women tried to run away, but was caught. The women were asked to bring out the stolen items which include packaged meat and foodstuffs which were concealed in their pants and bras.

The location where this happened is yet to be ascertained as at the time of filing this report.