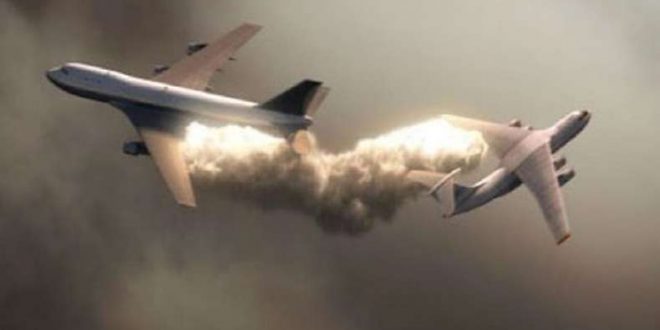 The planes collided in the air near Aero County Airport and came down in front of a Home Depot in McKinney, Federal Aviation Administration spokesperson Lynn Lunsford told CNN.

The incident occurred shortly after 5:30 p.m. local time. The aircraft were flying under visual flight rules and were not in contact with air traffic control, Lunsford said.

McKinney is located near Dallas.

Additional details were not immediately available about those killed in the collision.

It would be recalled that another incident occurred on Thursday after a plane disappeared from the radar.

According to the Federal Aviation Administration, its intended destination was Ohio State University in Columbus, but the plane was not visible on radar.

The plane suddenly lost altitude about 2 miles over the lake during a scheduled return trip to Columbus, according to a flight-tracking service.

Search and rescue crews however, suspended their search of the plane.Capt.

Michael Mullen, the chief of response for the Ninth Coast Guard District, had said the crews searching for the twin-engine plane were in search-and-rescue mode, not recovery mode, as they plied waters about 50 feet deep.