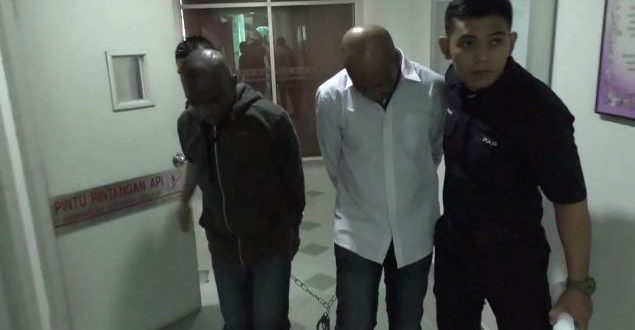 Two Nigerian college students were handed the death sentence, yesterday, by the Shah Alam High Court, after they were found guilty of trafficking 3.5 kilogrammes of methamphetamine on September 2nd, 2014.

Judge Datuk Abdul Halim Aman made the ruling after finding the prosecution had proven a prima facie case against both the accused.

Mustafa Azmir and Jude Nnamdi Achonye, aged 28 and 30, were accused of trafficking the drug at an apartment after they accepted several boxes containing the drug, delivered by a courier company at the apartment in Petaling Jaya.

The duo, who studied at a private college in Kuala Lumpur. The offense under the Dangerous Drugs Act provides a mandatory death penalty upon conviction.