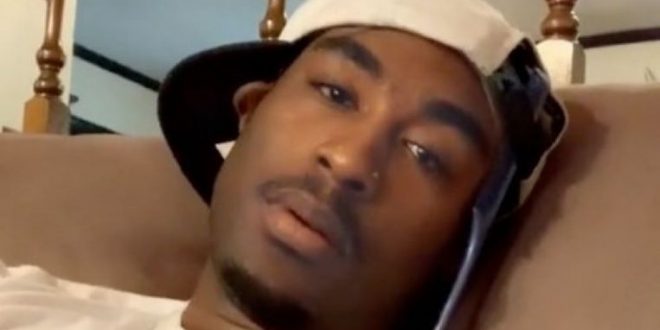 TUPAC fans are convinced the rapper is ALIVE after a lookalike posted an extremely convincing video on TikTok – 25 years after his death.

The rapper was gunned down in a drive-by shooting in Las Vegas as he headed to a gig back in 1996.

A shooter in a white Cadillac, which pulled up on the right-hand passenger side of Tupac’s BMW at traffic lights, opened fire at 11.15 pm.

The star was hit four times – in the chest, arm and thigh – and died six days later.

There have been a number of conspiracy theories that he faked his own death and has since been hiding out in Cuba.

Meanwhile, the latest rumour comes in the form of a TikTok video.

In the lead up to Tupac’s 50th birthday, @parisbrown424 managed to convince his followers he was the star.

In the clip, the user is seen sitting on the couch while using a Tupac filter over his face.

Tupac’s hit song, No More Pain, played in the background as he flashed a v-sign on camera.

The user captioned the post: “When people walk up to you and say look like 2pac. What y’all think?”

Fans were quick to comment on the clip, which has gained over 80,000 likes.

One commented: “Omg you sure you not him lol. Twins.”

Another wrote: “I literally thought this was Pac like in an old video… omg. You definitely his doppelganger.”

A third added: “Omg it’s like looking at his double.”

A number of rumours have spread about the rapper over the years.

Suge Knight – who was with Tupac at the time of the shooting – previously said the rapper had spoken about faking his own death when they were on vacation.

His son, Suge J. Knight, is convinced Tupac is living in Malaysia and that his death was staged by the Illuminati.

Many ‘sightings’ over the years have led people to believe that the star faked his own death, while others are convinced he’s living in plain sight.

In his 2002 posthumous track Better Dayz, Tupac said to “expect me like you expect Jesus to come back.”

Locals in Old Havana, Cuba, claimed that they have seen him walking around there, while videos of men that look like him have also emerged.

Meanwhile, conspiracy theorist Michael Nice has also said he and former President Fidel Castro helped to get Tupac into Cuba because there was a hit out on him.

But some people think that Tupac is actually being held in a Los Angeles prison after “newly found” booking records from 2017 and 2019 appeared to match the rapper’s identity. 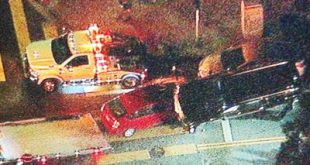