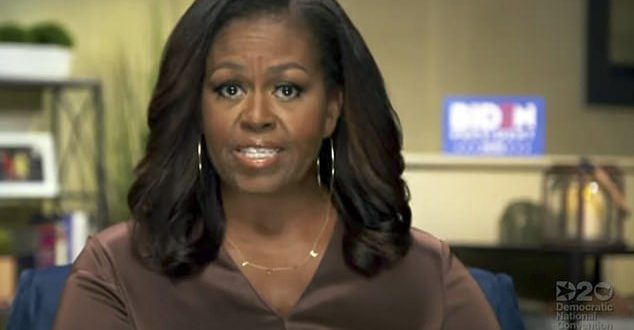 Donald Trump‘s supporters have dug out a 2013 video of Michelle Obama praising Harvey Weinstein in a bid to discredit her endorsement of Joe Biden.

The 73-year-old attached a video from a White House film symposium, in which Obama thanked Weinstein for mentoring film students.

‘He is a wonderful human being, a good friend and just a powerhouse,’ she said.

Weinstein and his team organized a Careers in Film symposium at the White House, with Whoopi Goldberg, Naomie Harris, Ryan Coogler, David Frankel and Blake Lively also attending the event.

The disgraced film producer, sentenced in January to 23 years in prison for rape, had long been a Democrat donor.

The Obamas used their Weinstein connection to help their daughter Malia secure an internship at the film company in 2017.

In October 2017 The New York Times published their bombshell revelations about Weinstein.

The Obamas issued a statement, proclaiming their disgust.

‘Michelle and I have been disgusted by the recent reports about Harvey Weinstein,’ Obama said in the statement, which was released two days after Weinstein was fired from the company he co-founded. 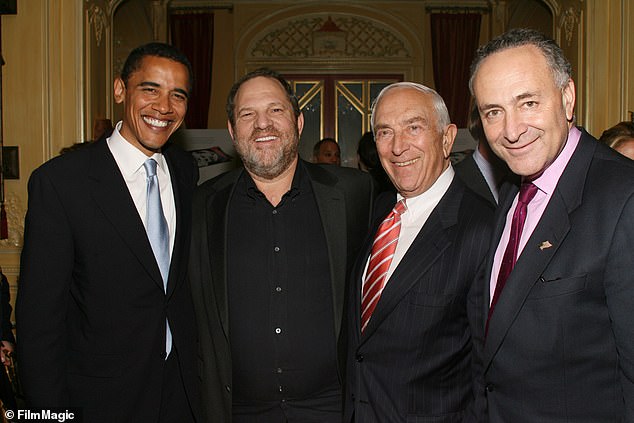 ‘Any man who demeans and degrades women in such fashion needs to be condemned and held accountable, regardless of wealth or status.’

‘We should celebrate the courage of women who have come forward to tell these painful stories.

‘And we all need to build a culture – including by empowering our girls and teaching our boys decency and respect – so we can make such behavior less prevalent in the future.’

Michelle Obama’s 2013 remarks, however, have frequently come back to haunt her – as they did after her speech. 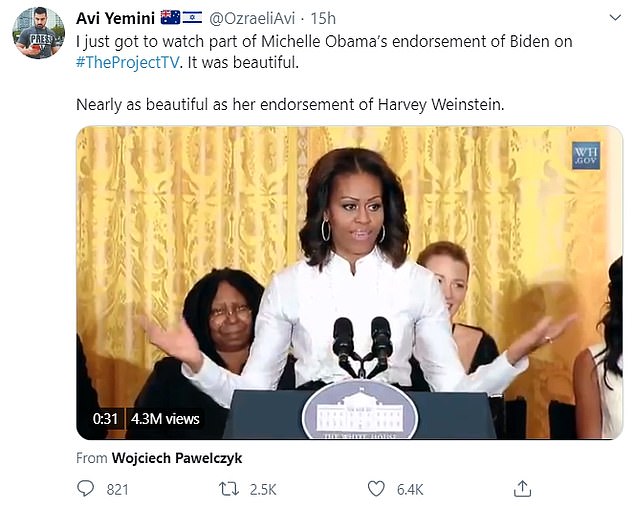 Another pointed out that the Obamas allowed Malia to intern with the disgraced film mogul, in the summer of 2017.

Obama’s supporters, however, hit back.

They pointed out that Trump had plenty of controversy of his own, with one describing the president as a ‘predator’, and pointing out that he too socialized with Weinstein. 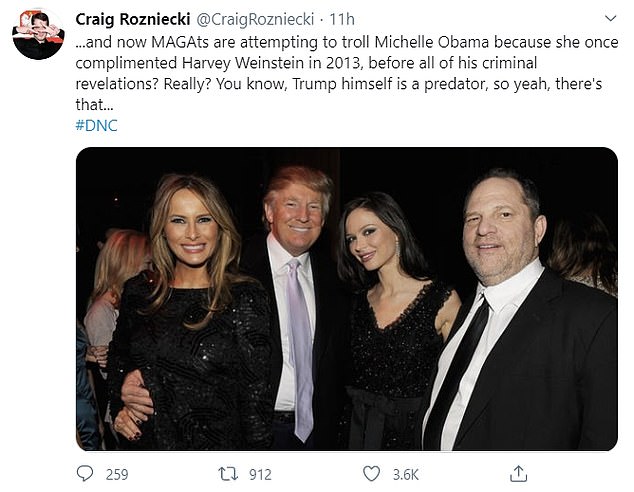 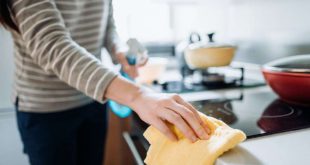