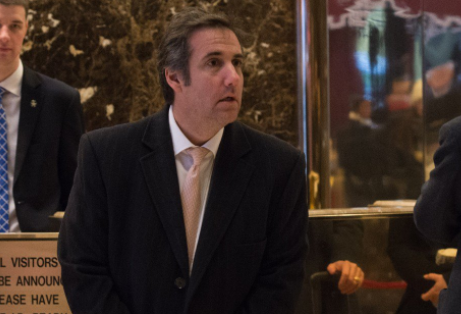 “In a private transaction in 2016, I used my own personal funds to facilitate a payment of $130,000 to Ms. Stephanie Clifford. Neither the Trump Organization nor the Trump campaign was a party to the transaction with Ms. Clifford, and neither reimbursed me for the payment, either directly or indirectly” Michael Cohen said in a statement.

The New York Times first reported that Cohen had said he made the payment himself.
Following initial reports last month that Cohen had made the payment, he said in a statement that Trump “vehemently denies” any encounter between the two. In January, the organization Common Cause filed complaints with the Federal Election Commission and the Justice Department, alleging that the reported payment to Clifford constituted a campaign finance violation.

But on Tuesday, Cohen’s statement denied that accusation and said the monetary exchange was “lawful” and “not a campaign contribution. The payment to Ms. Clifford was lawful, and was not a campaign contribution or a campaign expenditure by anyone,” Cohen said.
Cohen also said he filed a reply with the FEC, but that filing will not be public until the agency has resolved the matter. When asked why he made the payment, Cohen told CNN: “Just because something isn’t true doesn’t mean that it can’t cause you harm or damage. I will always protect Mr. Trump.”