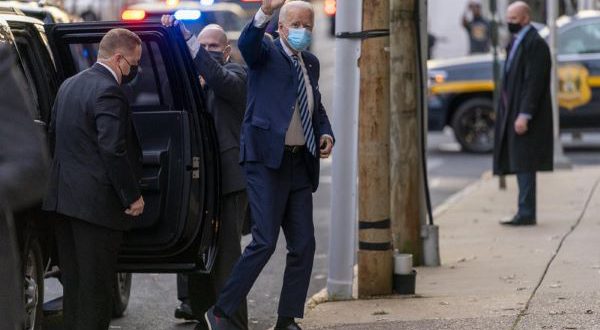 Trump’s presence at inauguration important to US says Biden

President-elect Joe Biden says it is important that President Donald Trump attend his inauguration only in the sense that it would demonstrate the nation’s commitment to a peaceful transfer of power between political rivals.

Trump aides have expressed skepticism that the president would attend Biden’s Jan. 20 inauguration. Trump has continued to falsely claim victory and spread baseless claims of fraud to try to explain away his loss.

Speaking Thursday to CNN, Biden said, “It is totally his decision.” He added, “It is of no personal consequence to me, but I think it is to the country.”

Charles Igbinidu is a Public Relations practitioner in Lagos, Nigeria
@https://twitter.com/ionigeria
Previous Explosion at South Africa oil refinery, 7 hospitalized
Next Justice Okon Abang orders Maina to be kept in Prison till the end of his trial