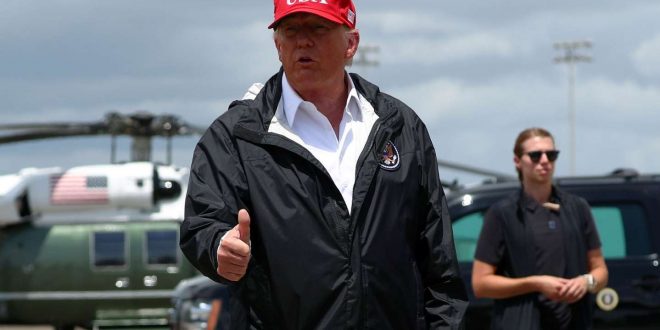 Trump hands out autograph to hurricane victims: ‘Sell this on eBay tonight, you’ll get $10,000’

Donald Trump has suggested people in the midst of Hurricane Laura could sell his autograph for $10,000.

The US president was in Lake Charles, Louisiana, on Saturday to see the damage from the hurricane and to be briefed on the disaster and federal response.

Mr Trump sat down and called to a group of people, saying: “Come here fellas, get over here. I want a little power.”

Handing over his autograph to an official, he said: “Sell this on eBay tonight, you’ll get $10,000”, telling another recipient that he is deliberately not putting his name on as it would be worth more without it.

EBay already has a number of pieces of Trump-autographed memorabilia, with bids for some of them reaching into thousands of dollars.