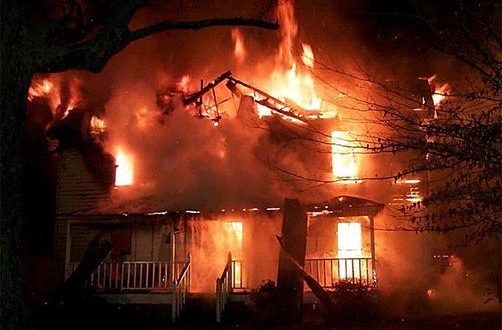 Triplets And Their Brother Killed In Jigawa Fire outbreak

A fire outbreak caused by an electric spark has killed Triplets and their brother in Hadejia town, Jigawa.

According to reports, the deceased triplets named Hassan Sale, Hussain Sale and Muhusin Sale, all 5 year old and their younger brother, Aliyu Sale, 2, were in the house when the fire started at about 10.45pm over the weekend.

According to the family members of the children, the electric boiler that was plugged, sparked and caused a fire that spread out immediately. The harmattan in the area helped the fire to spread quickly. The remains of the children have since been buried.