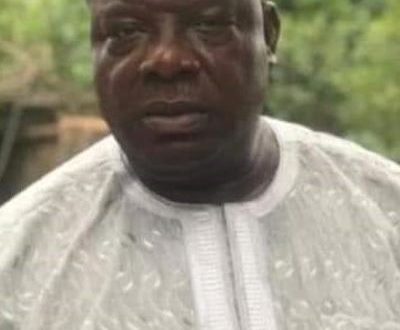 When the news of his kidnap and murdered broke on Monday May 18 and I shared it on our class (Ekehuaite 87/88) platform, it was greeted with shock, sadness and sorrow later enveloped the mood of everyone. But with the drama that later played out as to his corpse not be found and the possibility of him still being alive, ‘suspended disbelief’ took over as we all frantically resorted to prayers and fasting, with the hope that our friend and classmate, Egbe ‘Peter’Presley Ediagbonya, would be found alive and reunited with his family and everyone of us associated with him.

But at least, a closure came on Saturday May 30 and it was indeed more shattering and devastating for all us when the news of the discovering of his remains in Okada forest, his ancestral home and fortress was broken.

That put a lid to the about two weeks drama and unscripted death of Ediagbonya; the one we all fondly referred to as ‘Pa Egbe Ediagbonya,’ ‘chief Priest Egbe,’ ‘Edo Rambo’ or ‘Oba Palace,’ among other names during our school days.

As a dramatist that he was, given the opportunity to have written the last act to his life, certainly, Ediagbonya would not have written a script that would cast him as a villain or tragic hero as his death was indeed tragic and fatalistic.
Rather, he or any of us his friend/classmate, way back at the Theatre Arts Department of University of Benin (1984 -1988), would have written a script with a happy ending. For that indeed tells the story of his life. He was a jolly good and dovish fellow by nature, a pacifist and trouble shooter, happy, easy going, and kind hearted fellow who would hurt no one or a fly. Just was in tone with the good life.
He walked with a measured step and always conscious of the ground that he was stepping on. During our schooldays, he was one of the oldest in the class but yet, he was like any of us, interacted freely with us and treated us like his younger ones.
Never was he offended at our sometimes uncouth behaviour especially when we took swipes at his person.

He would just laugh it off and sometimes threatened to use his magical powers to kill or make any of us disappear. We some much dreaded his tales and claims to magical powers hence we fondly refer to him as our chief priest.

Ediagbonya was a proud Benin man and was fastidious about it and his sense of fashion was entirely conservative and always on Benin traditional attires, no matter the occasion, Ediagbonya would never turn up in English attires except of course during Theatre or stage productions otherwise, he was more than happy to rep his Benin tradition.

Interestingly, he was a farmer during our schooldays and successfully combined his subsistence farming then with his academic work, with none suffering because he was quite brilliant focus and dedicated. He one of the top rated among us as well.

It is to his credit that he not only kept fate with his first love, farming, but elevated it from the subsistence level it was then to become a successful agro businessman. Interestingly, he also became a politician within that period and a very successful at that serving at different times as Ovia North East LGA chairman, commissioner for youth and sport, deputy chief of staff to the Edo State governor and top notch APC member.

That was one aspect of him in school then that no one saw because he never cut the picture of a soapbox personal, he was an introvert and too reticence, keeping to himself most times and not in any way given to any ‘wahala’ least of all politics and all the backlash that come with it.

Just as he was tall and hugely built, with ebullient physique, so too were his footprints in life. He will forever be missed as death cannot extinguish is achievements and memory. We, your classmates, will always remember you as we have always done almost on a daily basis on our platform, which we fondly said is powered by called EGBETECH in reference to the magical powers we used to associate with him.

It is ironic to think that you met your death right at your ancestral home, Utese/Okada forest that was a fortress and sanctuary to you because that is where you had your farm and resorted to daily.

Let not your murderers think they have had the last laugh, certainly not as your blood shared in your ancestral enclave cries for justice and will not rest until it hound them all to their horrendous end.

Sleep on our hero and beloved chief priest Egbe ‘Peter’ Presley Ediagbonya. Your entire classmates mourn your passing and pay glowing tributes to your memory.
Below is excerpt of some of the tributes from our EGBETECH PLATFORM:

He was a sweet, amiable and brotherly figure

To read of the tragedy that befell my friend, roommate, classmate and adviser, Egbe, was at the least shocking. Over the years we have not had opportunity to interact but the impression the man left on me is a life – long one. That one might look very stern on the facade but in depth a sweet, amiable and brotherly figure is my take away from Egbe.
Benedict Umezurike

I know I was close to him and we used to gist once in awhile any time he had free time to spend. It’s really unfortunate that his life was wasted in such a way.
It is so sad indeed. A refined gentleman in his rustic own nature. Always jovial, with comic threats. He was easy to get along with if you understood him.
Kelue Okoye

He was our gentle giant

I was shocked when I read on the forum that Ediagbonya P. Egbe has passed on, this is very sad news for us all. I personally feel very distraught because he wasn’t just only my university classmate, we were also classmate in primary school; St Joseph’s Primary School Benin City.
He was our gentle giant.
Benedict Ebuehi

He was such a jovial man
I am seriously pained. Such a jovial man, though we always picked on him. He would warn me in Benin playfully.
Hilton Idahosa

Goodnight, permanently
Ediagbonya P. Egbe (in Dr. Reuben Àbati’s voice) I am really sad to learn of your passing. The last time we saw and spoke was in 2000 at Government House Benin and you facilitated my seeing the governor. Thank you again (even in death). Goodnight, permanently.
Norbert Young

Blackout on stage for Egbe

It’s a ‘blackout’ on stage for Egbe. The drama and dance of life continue. What a sad end. I recalled we had mixed up the examination time for a particular course. We were waiting for 12noon while the exam had started at 9am. It was a sweat soaked Egbe who ran all the way from the exam hall to call us at our house, off campus.
“Look at this people! Wetin una dey do? Exam don start o!,” he said to us.
More than 30 years ago. It plays back just like yesterday now.
Dr. Sam Dede

Life is but a continuum, with death as one of the aisles. Egbe has crossed mortality’s aisle to immortality. May the God of all mortals grant him eternal passage and rest. 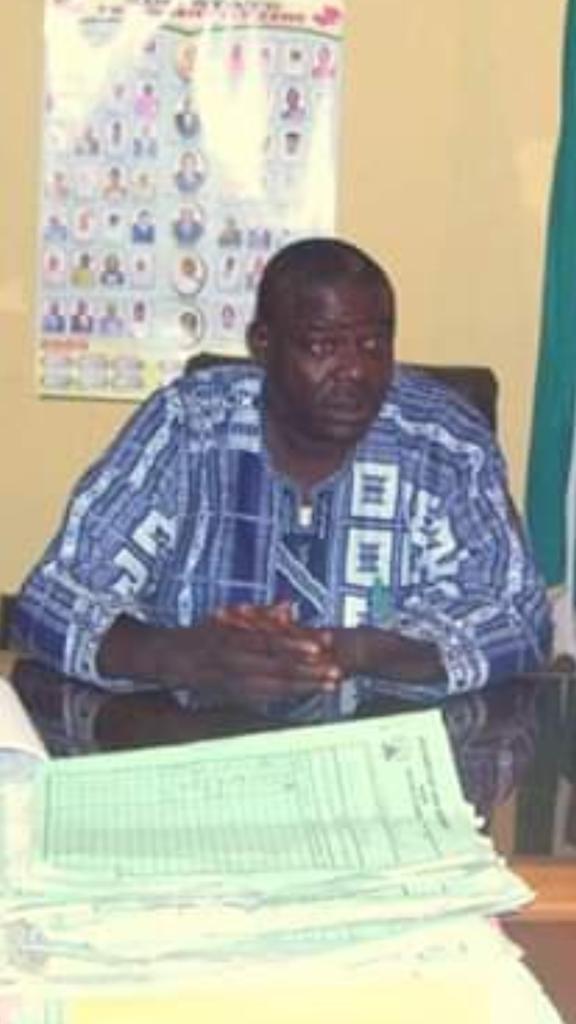 Ediagbonya P. Egbe, we called you ‘Edo Rambo,’ ‘Omoda warrior.’ We often teased you as a ‘Palace warrior.’ You kept your calm most often. Although once in a while you threatened to beat us.

I never had the opportunity to see you after school, but I am glad you did well for yourself. Great political achievements. I trust you played politics without bitterness. Because if ever you could be bitter it should had been with our teasing in school. But you never were.
Indeed, I and some of us believed you had some fortification from the Oba palace. Egbetech is an attestation to that fact. Alas the evil ones fell you.
Good night my Omoda Warrior.
Ufuoma Umuokoro

The last memory I had of him was our chance meeting at the Samuel Ogbe Stadium Benin… as soon as he saw me he left the people he was with and said, “Ah! Bridget you dey come here too? Oya, make we waka. We walked around the field once and I had to leave.  The guys standing him with couldn’t understand why their leader would leave them for a ‘strange lady’ in joggers. They made all kinds of naughty remarks, trust politicians. Like Hilton rightly said, he only smiled at them and moved on.
Mrs. Bridget Russel

Always smiling at our naughtiness

I didn’t have the opportunity to meet him again after leaving Ekehuan campus, but I remember his jovial nature; how he smiled away at our “naughtiness,” how he made us laugh. Wow! I am speechless especially the cruel way he died.
Uche James Okidegbe

Gentle smiles
Just keep seeing that gentle smile of his, no matter what we did. Ah, life!
Fred Taiwo Agbi

Charles Igbinidu is a Public Relations practitioner in Lagos, Nigeria
@https://twitter.com/ionigeria
Previous Churches and Mosques may remain shut due to disagreements on guidelines with religious leaders – Lagos state govt
Next IF COVID PERSISTS AFTER 3 DAYS, CONSULT…